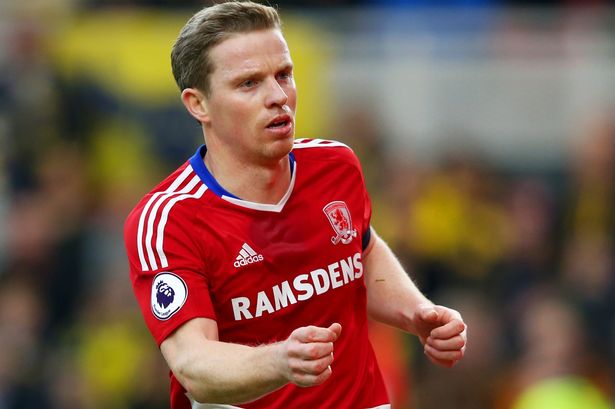 According to reports from the Northern Echo, Sunderland are close to bringing back their former player Grant Leadbitter to the Stadium of Light, in the January transfer window.

The 33-year-old midfielder is set to undergo a medical at Sunderland’s Academy of Light training ground in the next 24 hours. He is expected to complete his move before the weekend.

The report claims that the Middlesbrough midfielder has turned down offers from at least three Championship clubs in order to return to his former club.

He has played only 64 minutes of Championship football this season, and has grown frustrated with the lack of playing opportunities. In fact, he is ready to agree a substantial wage cut to return to the Black Cats.

Ipswich Town, Stoke City, and Blackburn Rovers made formal approach to sign the player and they were even willing to pay higher wages than Sunderland.

However, he has rejected all offers to join Sunderland. He is expected to play in Sunderland’s League One home game with AFC Wimbledon, should the deal go through.