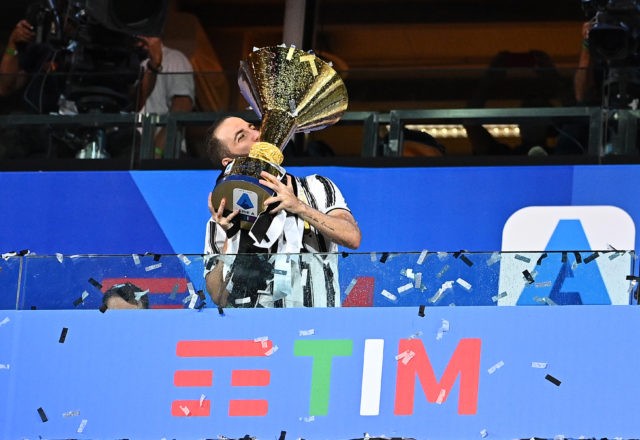 New Juventus boss Andrea Pirlo confirmed earlier this week that Argentine striker Gonzalo Higuain is not a part of his plans for the upcoming season.

Pirlo, who replaced Maurizio Sarri, said that he will allow the former Real Madrid striker to leave this summer.

The Italy legend described the former Argentina international Higuain as a great player, but it looks like the 32-year-old’s spell with the Serie A champions is coming to an end.

Higuain joined Juventus from Napoli in 2016 and has managed 66 goals in 148 games for the Old Lady in three seasons.

Last season, he scored 11 goals in 43 games in all competitions.

There have been interest from Aston Villa and West Ham as well, but they’re only observing his situation at the moment.

Fulham are looking to bolster their forward department ahead of the new season, and have been linked with a host of strikers in recent weeks.

The Cottagers are reportedly in talks to sign Ollie Watkins, while are showing interest in signing Callum Wilson from AFC Bournemouth.

Higuain would be a very good addition for Fulham, but probably they would go for a young player with a proven Premier League experience.