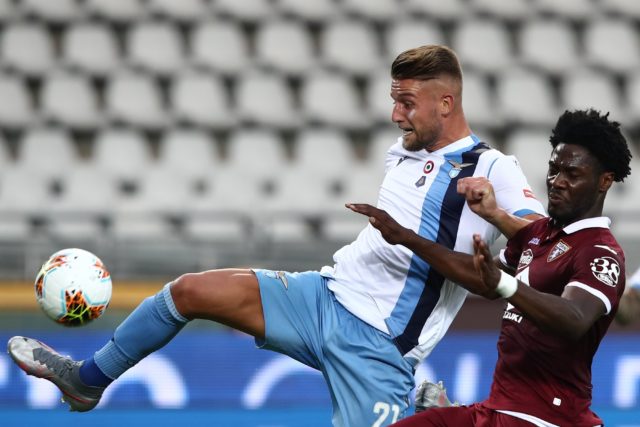 Fulham are in talks to sign Torino defender Ola Aina this summer, according to reports from The Times.

The Cottagers once again have been very active in the summer transfer window following their return to the Premier League.

Scott Parker has made four signings already, but it seems he is still looking to add more bodies before the start of the new season.

The Fulham boss wants to add quality and depth to his newly-promoted side, and has earmarked Aina as a potential option.

The Nigeria International has excelled since moving to Torino. He played 32 times in Serie A last term.

The former Chelsea defender has caught the attention of Parker with his strong performance last season. The report claims that Fulham are now in talks to sign the 14-times capped international.

Aina is a versatile player and can play a variety of defensive roles.

The report also adds that Fulham defender Alfie Mawson is expected to move on loan to Bristol City this weekend.

According to reports from Bristol Live, the Championship club have made a major breakthrough in the transfer market as they look to recruit a central defender.

The Robins are closing in on the signing of Mawson with the 26-year-old looking to leave Craven Cottage for more first-team opportunities.