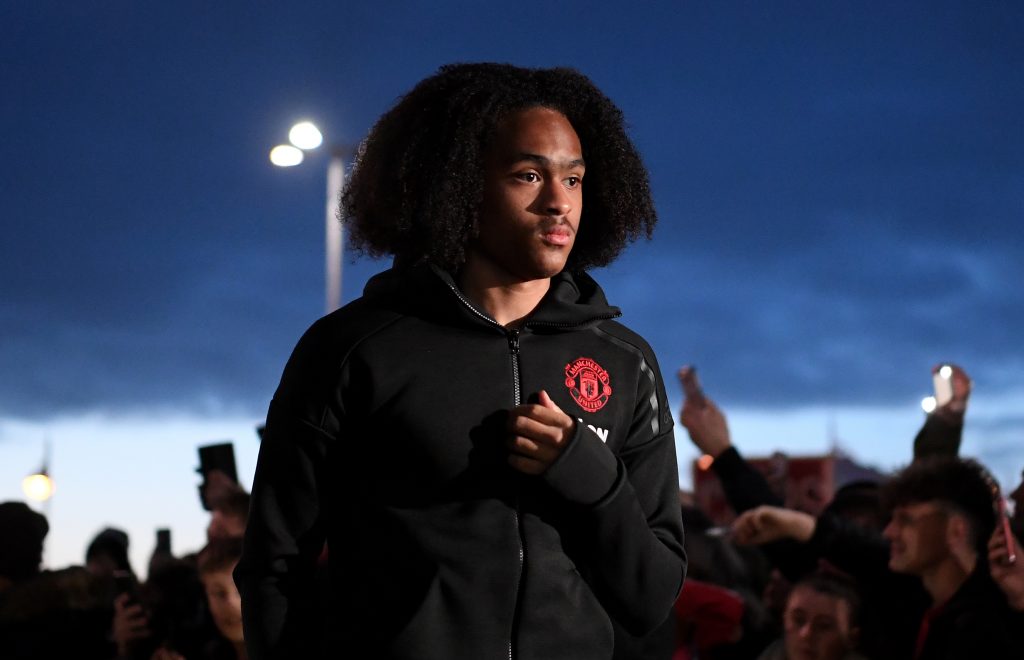 According to reports from the Daily Mail, Tahith Chong is set to sign a new contract extension at Manchester United.

Last month, Fabrizio Romano of The Guardian claimed that Chong is likely to head out of Old Trafford in the summer transfer window.

The 20-year-old was ‘seriously considering an offer’ to join Inter Milan. The Italian giants had offered him a deal worth €3m a year, which equates to around £48,000 a week, till 2025.

Premier League rivals Everton have also shown an interest in him. According to a report from FC Inter News, Everton and RB Leipzig have both made approaches for the player in recent weeks.

It has been claimed that the youngster has rejected the offers as he prefers a move to Inter Milan.

However, the latest report from the Mail claims that he is set to turn down a move to Italy, and will commit his future at the Old Trafford club.

He has made ten first-team appearances this season, including three substitute appearances in the Premier League. Chong is a highly exciting winger, and he will sign a contract worth £30,000 a week at United.

Carlo Ancelotti will be looking to bolster his attacking options this summer, and it remains to be seen whether Everton come up with another offer in the coming days for the youngster.