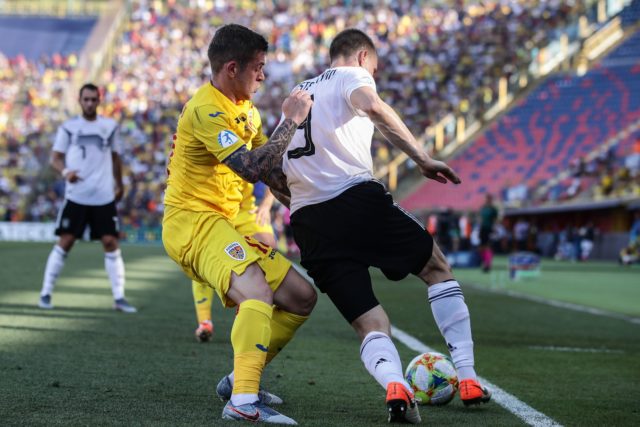 According to reports from Sunday Mirror (19/07, p70), Everton are interested in signing Alexandru Cicaldau in the summer transfer window.

The report claims that Italian side Sampdoria are interested in signing the Universitatea Craiova midfielder as well. However, it seems the Toffees are in pole position to sign him.

The Merseyside club have scouted the attacking midfielder throughout the season. They are now ready to move for him, and could get him at a bargain deal.

The Mirror claims that the 23-year-old will cost just £3.5 million, and therefore Everton must not miss out on the opportunity to sign him.

The midfielder has impressed heavily in 2019/20, where he scored 15 goals and contributed eight assists in the league.

Everton have improved under Carlo Ancelotti but they will still finish in the bottom half of the Premier League table.

The summer is absolutely vital for Everton and the Toffees fans will be hoping for some marquee additions during the transfer window.

However, it seems, Everton are leading the race to secure a bargain signing. His stats look good, and it seems like an inspired piece of business.

Cicaldau plays as a central midfielder but can also play further forward or on the right flank. He has proved to be a midfield goal machine for his club, and could be a masterstroke signing from Everton.