Report: Everton in the hunt to sign Rabbi Matondo 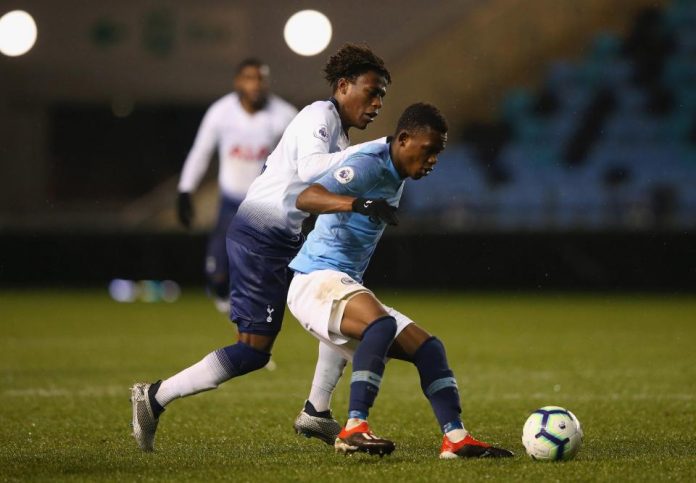 According to reports from The Scottish Sun, Everton and Southampton are weighing up a move for Manchester City’s rising star, Rabbi Matondo.

The 18-year-old is out-of-contract at the end of the season. Talks are on-going over an extension, but he has turned down a new contract at the Etihad.

German giants Bayern Munich have entered the race to sign the highly-rated forward, and are ready to launch a £10m bid.

Matondo is a highly rated young talent. He has not made any senior appearance for Pep Guardiola’s team yet, but has made a senior team appearance for Wales,

Pep Guardiola does not want to lose the technically gifted midfielder but the club has a challenge on their hands to convince him to stay put.

Matondo could be a superb signing for Everton, and he could be seen as a long term replacement for Theo Walcott.

His chances of getting regular football is high at both Everton and Southampton as compared to Manchester City at the moment, and the youngster could be tempted to move away from the club.