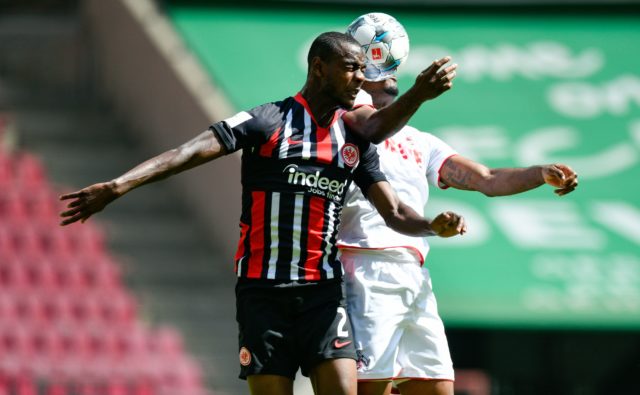 A host of Premier League clubs including Everton are keeping a close eye on Colombian striker Jhon Cordoba this summer.

According to reports from Kicker (h/t BuLinews.com), three Premier League clubs – Leeds, Everton and West Bromwich Albion – have registered their interest in the 27-year-old striker.

Cordoba joined Cologne in 2017 from Mainz for a fee in the region of £13.5 million. He did well last season, managing 14 goals for the club.

The report claims that it would take an offer of ‘well over’ €10 million to prise Cordoba away from RheinEnergieStadion.

The striker has one year left on his current deal, and he has turned down a contract offer from the club.

Both Everton and Leeds are in search of a new striker this summer.

Richarlison and Dominic Calvert-Lewin both notched 15 times last season but there is lack of depth in the squad in that department.

Cenk Tosun has disappointed and Carlo Ancelotti could offload him this summer. Everton need more goals and adding Cordoba makes a lot of sense.

Leeds, on the other hand, are heavily reliant on Patrick Bamford. But the Whites need another quality striker in their ranks.

The Whites have an option to sign Jean Kevin-Augustin, but in all probability, they will not sign him permanently this summer.