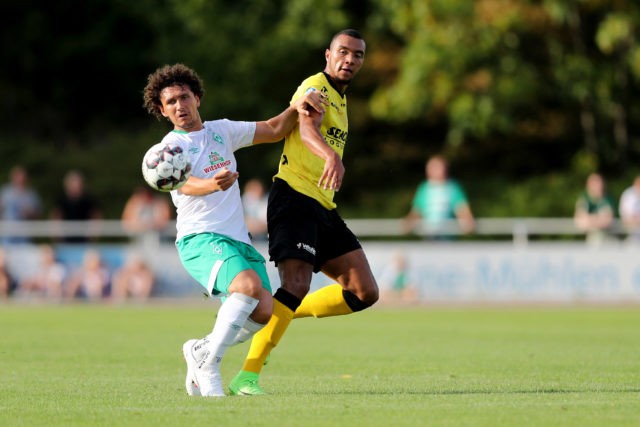 Leeds United striker Jay-Roy Grot is attracting interest from French club Dijon, according to reports from Get French Football News.

The Ligue 1 club are very active in the summer transfer window. Dijon have already added Alex Dobre from Bournemouth, and now they are in search to add another attacker to their ranks.

Having lost out on Stephy Mavididi to Montpellier earlier on during the window, they have now turned their attention to Dutch youth international Jay-Roy Grot. It is not clear whether they want him on loan or on a permanent deal.

The 22-year-old spent the 2019/20 campaign on loan with Vitesse Arnhem where he scored four goals and provided two assists in 27 matches. He has a contact at Leeds till June 2021, but he is way down the pecking order at the club.

To be fair, it is really difficult to see Grot playing for Marcelo Bielsa’s side in the near future. He spent the last two seasons away from the Whites out on loan, and he is not in the Argentine’s first-team plans.

Leeds will be playing in the Premier League next season, and it would come as no surprise if Grot seals another move away.

The Whites probably won’t stand in Grot’s way if they receive a handsome offer for him this summer.