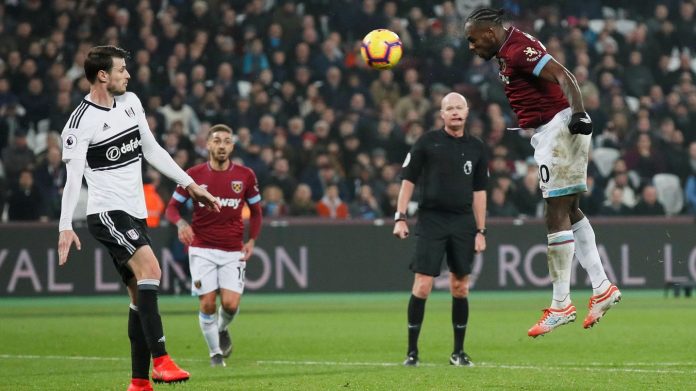 According to reports from The Mirror (Sunday Mirror, printed edition), Crystal Palace are plotting a bid to sign Michail Antonio from West Ham in the summer transfer window.

The Eagles are long term admirers of the 29-year-old forward and had tried to sign him last summer. However, this time they are confident of securing a deal for him.

Antonio joined the Hammers in 2015 from Nottingham Forest and has scored 28 goals in over 125 matches in all competitions.

Palace feel they can convince West Ham to sell the versatile player who can play in multiple positions across the pitch.

Roy Hodgson’s side are facing a crucial last couple of weeks in the summer transfer window, especially with Wilfried Zaha’s future up in the air.

Everton are reportedly keen to sign the winger but Palace are willing to offload him only at the right price, which they feel is around £80 million.

West Ham have bolstered their attacking areas with the addition of Sebastien Haller and Pablo Fornals, and could be tempted to offload Antonio if they get a good offer from Palace.