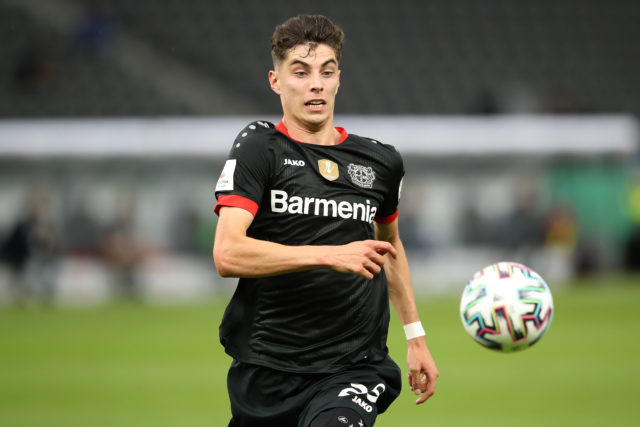 It seems Chelsea are winning the race to sign Kai Havertz from Bayer Leverkusen this summer.

Manchester United are also being heavily linked with a move for the highly-rated young midfielder, but it seems, the Blues are stepping up the chase.

According to reliable journalist and transfer expert, Nicolo Schira, Chelsea have initiated talks with Havertz and his agent to sign the midfielder.

The Blues are ready to offer a five-year-deal to the 21-year-old. They are also offering him a lucrative €8m/year contract to lure him to move to Stamford Bridge this summer.

Schira claims that Marina Granovskaia, the club Director of Football, is making progress with the deal and that the Blues will open talks with the German club to sign the player.

#Chelsea want Kai #Havertz and are in talks with his agent. #Blues are ready to offer 5-year contract (€8M/year) and in the next days will open talks with #BayerLeverkusen. At the moment Marina Granovskaia lead the race for the german player. #transfers #CFC

The highly-rated central midfielder who can also play as a right-sided attacking midfielder, has impressed heavily for Leverkusen in 2019/20.

It remains to be seen whether Manchester United make a late move to sign the midfielder who would cost in the region of £70m.

The Red Devils have other targets as well like Jadon Sancho and Jack Grealish. As it stands, the Blues are leading the race for the signature of Havertz.