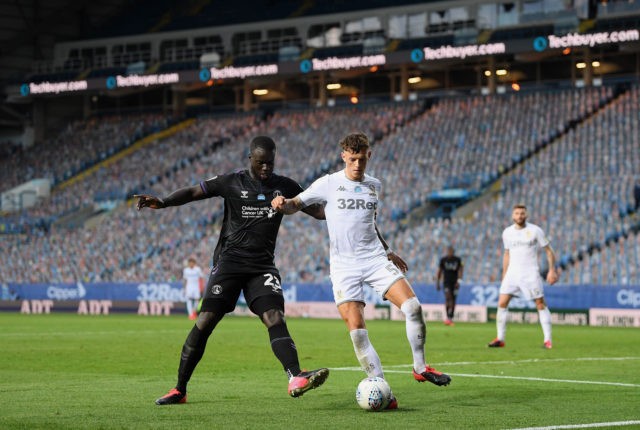 It is an open secret that Chelsea are looking to sign a defender this summer.

The Blues have been heavily linked with a move for Declan Rice, but West Ham’s valuation of the player is proving to be a major stumbling block.

Rice, who plays as a defensive midfielder for the Hammers, would cost in the region of £80m. As a result, the Blues are looking at options elsewhere.

According to reports from the Guardian, Chelsea are showing keen interest in signing Ben White from Brighton and Hove Albion.

The report claims that Lampard admires White, and it remains to be seen whether Chelsea would come up with a substantial offer for him in the coming days.

White impressed heavily last season on loan at Leeds United. The 22-year-old was arguably one of their most consistent performers as the Whites clinched promotion to the Premier League.

Leeds are determined to sign him permanently this summer. Marcelo Bielsa’s side have had two bids rejected already for White, and they have made a third offer recently in the region of £25m.

According to reports from the Daily Star, Brighton are reluctant to sell him this summer. They are likely to demand a fee in the region of £40m for White.