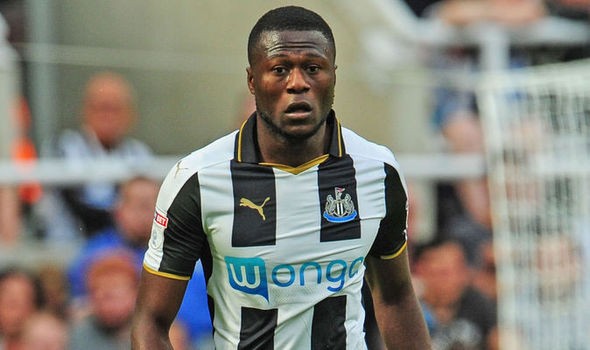 According to reports from the Northern Echo, Newcastle United are looking to offload Chancel Mbemba in the summer transfer window.

The 23-year-old defender joined the Magpies in 2015 from Anderlecht and has made 58 appearances for the club.

However, Rafael Benitez is keen to offload the DR Congo international, who is on a £30,000-per-week contract at Newcastle.

The report claims that Newcastle are yet to receive any formal offer for the defender, despite interest from Portuguese giants Porto.

Newcastle have reportedly told him not to return for the pre-season training which gives a clear indication that he is not in Benitez’s plans at all.

The Spaniard is looking to sell him to make room for his own additions, and it seems he is not prepared to force his way into the first team picture.

The Cottagers are expected to lodge a formal offer for Mitrovic once he returns from a post-World Cup break.

Newcastle have signed Martin Dubravka, Ki Sung-Yeung, and Kenedy already, but they are yet to make any defensive recruits this summer.