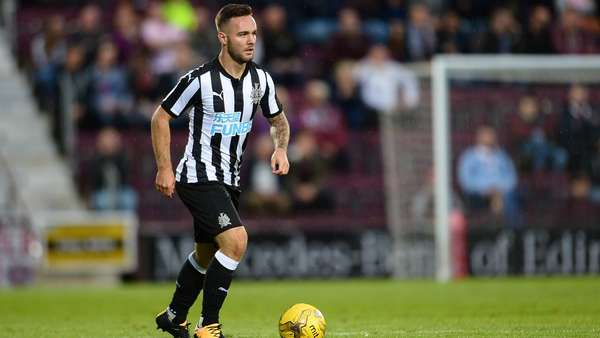 According to reports from Sky Sports, Blackburn Rovers are close to signing Adam Armstrong from Newcastle United in the summer transfer window.

Sky Sports journalist Keith Downie has tweeted that Rovers have agreed a fee with Newcastle for the 21-year-old striker. The deal is £1.75 million up front with the remainder in add-ons up to £3million.

Armstrong spent the second half of last season on loan at Blackburn. He made a great impact for the club where he scored nine goals in 21 games and helped them gain promotion from League One.

A host of clubs have shown interest in signing Armstrong but it seems he looks all set to reunite with Tony Mowbray for a third time. The Blackburn boss has previously worked with him at Coventry City.

A product of the club’s academy, Armstrong made 21 appearances for Newcastle but he has never scored for the Magpies.

Signing a quality striker is essential for Newcastle and it remains to be seen whether Rafael Benitez can bring a good forward in the last few days of the transfer window.