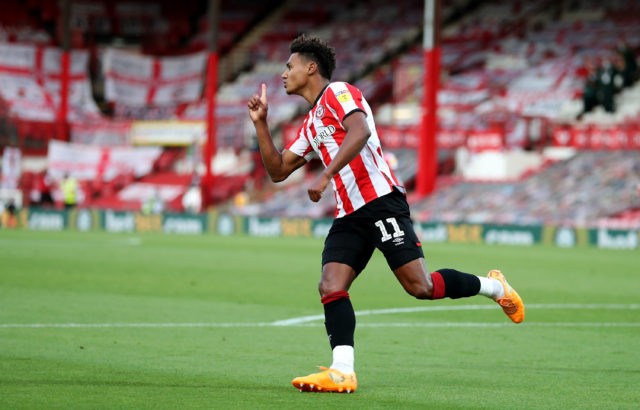 According to The Sun, Aston Villa are ready to beat Fulham to the signature of Brentford star forward Ollie Watkins by offering him a £70,000-a-week deal.

The 24-year-old is ready to leave the Bees after they failed to seal Premier League promotion despite his 26 Championship goals last term, and both Villa and Scott Parker’s side want to recruit his services.

Watkins’ ability to play across the frontline and consistently find the back of the net will help bolster both sides’ survival chances next season and going forward, and Dean Smith’s side wants to blow Fulham out of the water by offering him a huge personal deal.

Villa also want the forward’s teammates Said Benrahma and Rico Henry, and landing the trio will definitely boost his side’s chances of a comfortable finish after last term’s relegation scare.

Fulham beat Brentford in the final of the Championship play-offs last month to seal an immediate return to the Premier League, and are they are keen to remain in the top-flight longer than they did last time out.

Having Watkins in their attack will make that possible, but it remains to be seen if they are willing to match Villa’s personal terms for the lethal finisher, and they might have to look elsewhere for the reinforcements they crave.