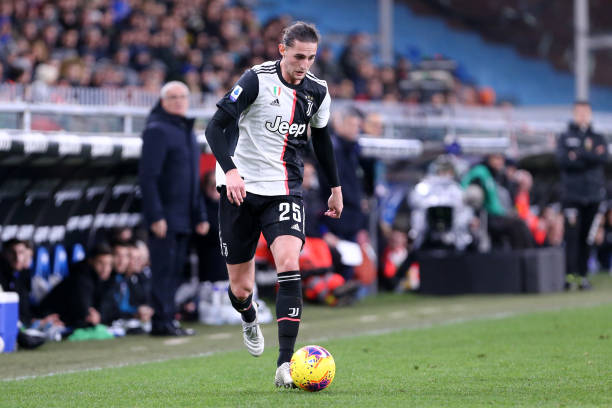 Adrien Rabiot joined Serie A giants Juventus during the summer transfer window but it seems he is already frustrated with life in Italy.

The 25-year-old is a fantastic midfielder but he always gives the impression that he is unsettled at a particular club.

When he was at Paris Saint-Germain, he was always linked with a move away from the French giants. Eventually, he joined Juventus on a free transfer.

He is unhappy again. Reports from Italy claimed earlier this week that he has gone on strike at Juventus. With the club set to return to training, he has refused to return to Italy as he is disappointed with the club’s slashing of his wages as part of a response to the coronavirus pandemic.

However, the French media has refuted some claims. According to reports from Foot Mercato, Rabiot was one of the first players to accept the pay cut at Juventus, and he will return to Juventus. However, a move away from the club is still an option.

The report claims that Everton and Manchester United are heavily interested in signing him. Rabiot has even spoken with Carlo Ancelotti regarding a move.

Rabiot’s mother, who is also his agent, does not get on easily with Juventus technical director Fabio Paratici. Everton are looking to bolster their midfield in the next transfer window, and Rabiot would be a fantastic addition if they can lure him to Goodison Park.