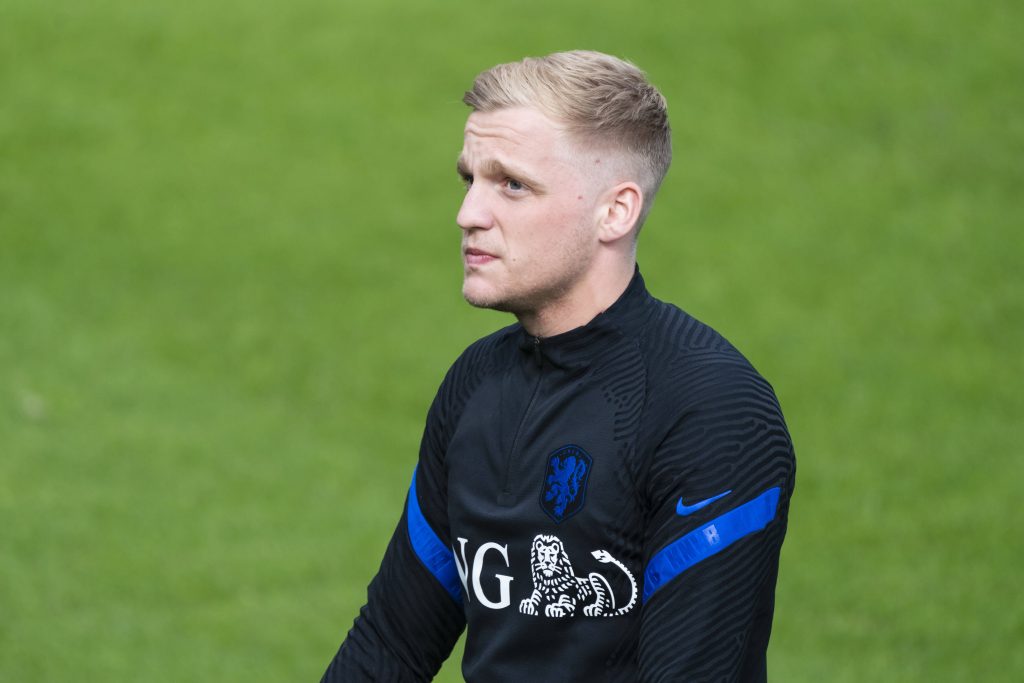 Real Madrid are interested in signing Donny van de Beek on loan as part of the deal that could see Raphael Varane move to Manchester United this summer, The Sun reports.

Varane has been identified as United’s top defensive target, and talks are underway with Los Blancos to find a suitable agreement to sign the central defender.

The Frenchman has entered the final year of his contract with Los Blancos, and the club are open to selling him than losing him for free next summer.

Los Blancos are aware of United’s interest but are unlikely to lose him on the cheap. They reportedly want at least £50m for Varane alongside Van de Beek.

The club previously agreed personal terms with Van de Beek when he was at Ajax. They are keen on signing him on loan with an option to buy.

Van de Beek had a dismal debut season with United, managing just over 500 minutes of playing time in the Premier League.

The Dutchman was constantly on the bench, and just four of his 19 appearances came from the starting line-up last season.

The £120,000-a-week star could be assessing his options, and a move to Madrid would be a tempting prospect for the former Ajax star.

He agreed personal terms with them in 2019, only to remain with Ajax for another year.

He made the switch to Old Trafford last summer despite the continuous link with Madrid.

The move has not worked out with Ole Gunnar Solskjaer reluctant to play him regularly.

United are eager to land Varane and could be tempted to accept the proposal.

They would upgrade their backline with the world-class qualities of the Frenchman.

Van de Beek would also have the chance to revive his career with the Madrid giants.