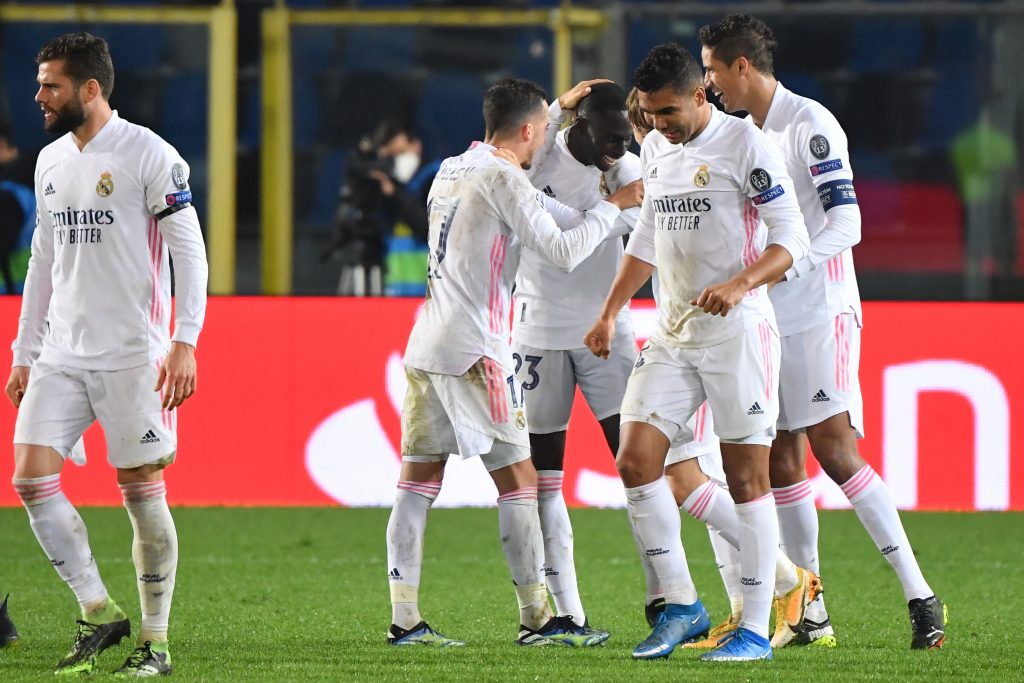 The encounter in Madrid wraps up a momentous Matchday 25 that paired the top six sides against each other.

Barcelona eased past Sevilla 2-0 in Andalusia to leapfrog Madrid to second and pile more pressure on Zinedine Zidane’s men.

If Villarreal do manage to stand their ground against Atletico Madrid on Sunday night, a three-horse title race will return to fashion.

The Santiago Bernabeu outfit could tighten the noose on their cross-town rivals who have stumbled lately.

In the meantime, despite having a rollercoaster season, Sociedad are still in contention for a top-four finish. They sit fifth, seven points behind fourth-placed Sevilla.

With the Andalusians crumbling against Barca, La Real have a prime opportunity to reduce the gap and may not come across a better chance again.

A run of four consecutive La Liga victories has sparked Madrid’s hopes of claiming the league title, as they have bridged the gap on top-placed Atletico to only three points.

The hosts are one triumph shy of matching their best winning streak in La Liga this term.

Los Blancos are the only team yet to draw a home match this La Liga campaign, winning eight of their 11 contests while losing the other three.

Zidane has shored up his team’s defence, with Madrid going 312 minutes without conceding in La Liga.

They often go for broke after half-time, having registered 60% of their total league goals scored at home in the second half of play (12/20).

High scoring has been a theme across the last ten La Liga meetings between Madrid and Sociedad in the capital, as nine have produced over 2.5 goals.

An indifferent away form has witnessed La Real pick up just two triumphs in their last seven La Liga trips (D2, L3), with each of those matches featuring a full-time margin of under 1.5 goals.

Sociedad will be desperate to defy their hoodoo in the Spanish capital after going down in 11 of their last 13 top-flight meetings with Los Merengues in Madrid (W1, D1).

However, the Basque visitors belong to a distinguished group of three sides to prevent Madrid from scoring this La Liga campaign.

Imanol Alguacil’s side will put themselves into a deteriorating situation if they concede first. They have failed to complete a comeback in any of the seven league matches they have fallen behind this season (D4, L3).