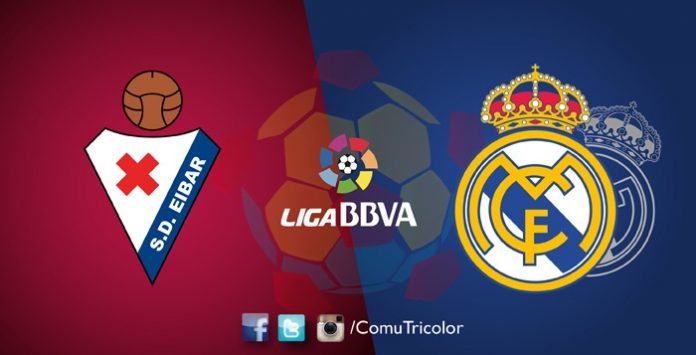 
Following a Real Madrid win in last weekend’s Clasico, the door has not been shut on the La Liga title race just yet – but it remains Barcelona’s to lose.

The Catalans still have a six-point lead at the table’s summit with seven games remaining but should they drop points against Real Sociedad it would raise hopes in the capital of an end-of-season capitulation.

Zinedine Zidane’s men have been in improved form of late but were surprisingly beaten 2-0 by Wolfsburg in the Champions League quarter-finals in midweek, which would have upset the odds for those that bet on soccer online.

The Los Blancos home faithful will hope to build on their team’s win at the Camp Nou and put a few goals past an Eibar team that is on a bad run of form.

Barcelona meanwhile lost in their last visit to Anoeta at the start of 2015, but then went on an amazing run of form that heralded a momentous treble last season.

You can watch Real Madrid and Barcelona matches live online through Fubo.tv – click here to sign up. 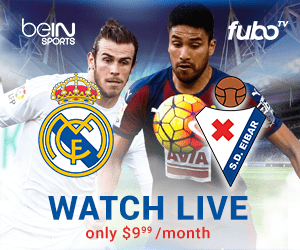 Zidane has a headache at the centre of his defence, with captain Sergio Ramos suspended after being dismissed last week and Raphael Varane toiling with injury.

Karim Benzema is also expected to miss out, while Eibar have no fresh injury worries.

Barcelona meanwhile have no new unavailabilities to concern them and will field their superstar line up in the Basque country.

Sociedad will be without midfielder Markel Bergara, who was sent off in their last game against Sevilla. 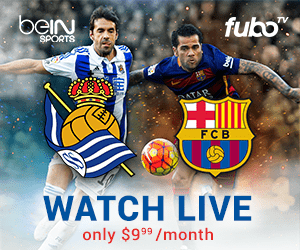 Barcelona have not won in their last six visits to Anoeta.

Eight of Sociedad’s ten wins in La Liga have been achieved since Eusebio’s appointment.

Madrid have scored the most goals in La Liga this season, 89 – two more than Barcelona.