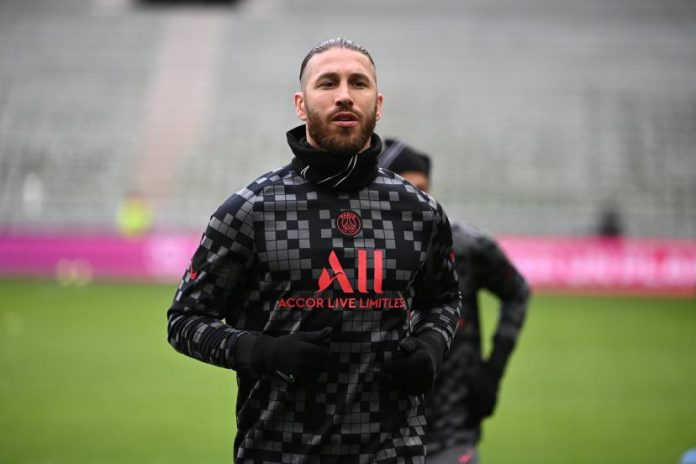 Real Madrid decided to let go of Sergio Ramos last summer and it appears that the Spanish giants made the right call.

Sergio Ramos decided to leave Real Madrid for Paris Saint-Germain where he was promised a more lucrative deal.

However, on the sporting side, things have not been that good. In fact, it has been a miserable year in France for the Spain international.

At almost 36 years old, the former defender of Los Blancos has been considered for several months as a huge failure by the Parisian management. Not kept by the Merengues last summer, the Spaniard is clearly no longer in a condition to ensure a full season at the highest level.

It’s simple: regularly undermined by physical glitches, Sergio Ramos has only played five official matches (4 in Ligue 1, 1 in the Coupe de France) with the Rouge-et-Bleu since signing in Paris.

In a recent interview with L’Equipe, Sporting Director Leonardo admitted that they never expected things to unfold this way for Ramos.

Today, the sports daily adds another layer, but this time placing itself on the side of Real Madrid. And unsurprisingly, the Merengues absolutely do not regret having decided not to extend their former captain’s deal.

Admittedly, Ramos was an icon at Madrid, but it wasn’t that straightforward.

“He thought he was above club policy. He wanted to play but he lost, “said a relative of Florentino Pérez. As a reminder, Ramos was demanding a two-year deal with an annual salary of €15m. Unacceptable for Pérez, who only offers one-year extensions to players in their thirties.

Moreover, Madrid quickly realized that their defender was nearing the twilight stages of his career. This was confirmed in Paris. Moreover, L’Équipe reveals that Madrid rub their hands in glee well when they see the failure of Ramos at PSG.

Vindicated in their decision to have parted ways with Ramos and not surprised to see their former player struggling so much in France, the Spanish leaders do not hide their satisfaction at having “passed the hot potato” to their French counterparts. And tomorrow, the people of Madrid know that they will not have to fear a revenge from their former protege when PSG visit.