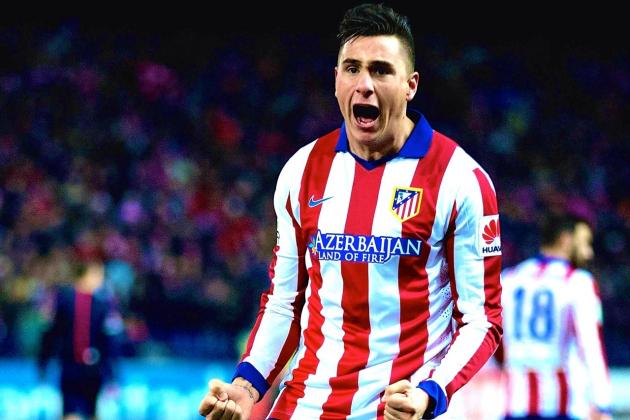 Real Madrid would probably be looking for a new central defender in the summer. Pepe and Sergio Ramos are first choice defenders and there’s no chance they would be leaving the club anytime soon. However, French defender Raphael Varane and Spaniard Nacho are attracting interest from top European clubs, and both the players could accept offers from elsewhere this summer.

While Varane remains a top player for Madrid, the European champions are not ruling out the possibility of his departure. Premier League giants Manchester United and German champions Bayern Munich are interested in signing him and Madrid fear Varane might leave for regular first team opportunities. Nacho meanwhile is attracting interest from Serie A giants Roma.

As a result, Madrid are considering making a move for Atletico Madrid’s highly talented young defender, Jose Gimenez. The Uruguayan defender has established himself as a regular member in Diego Simeone’s side and has formed a formidable defensive partnership with Diego Godin, who is also his national teammate. Gimenez, very strong in tackling and blocking the ball, has made 37 appearances for Atletico last season in all competitions and featured in Copa America Centenario for his country as well.

According to reports from Spanish newspaper AS, Madrid will be making a formal contact with the player’s agent today where the club will discuss whether he would be available for a transfer.

AS, however, think it won’t be easy for Madrid to conclude a business with their fierce rivals. First of all, Gimenez has a €65m release clause and it is non-negotiable. Secondly, Madrid have failed to sign a player from Atletico in recent years, having missed on targets like Diego Forlan and Sergio Aguero.

Gimenez’s stock has risen over the course of last 12 months: Atletico valued him at €35m only a year ago but following a brilliant 2015/16 campaign his release clause has almost doubled.

Premier League giants Chelsea are also reported interested in signing the youngster. John Terry is approaching the fag end of his career and Jimenez could be an ideal long-term replacement for him.

Antonio Conte has reportedly demanded the London club to try to sign the Uruguayan but it remains to be seen whether Chelsea are prepared to pay such a massive transfer fee for a 21-year-old defender. Moreover, Conte could be looking to exploit the Italian market more with the likes of Leonardo Bonucci and Daniele Rugani been linked with Chelsea in recent months.