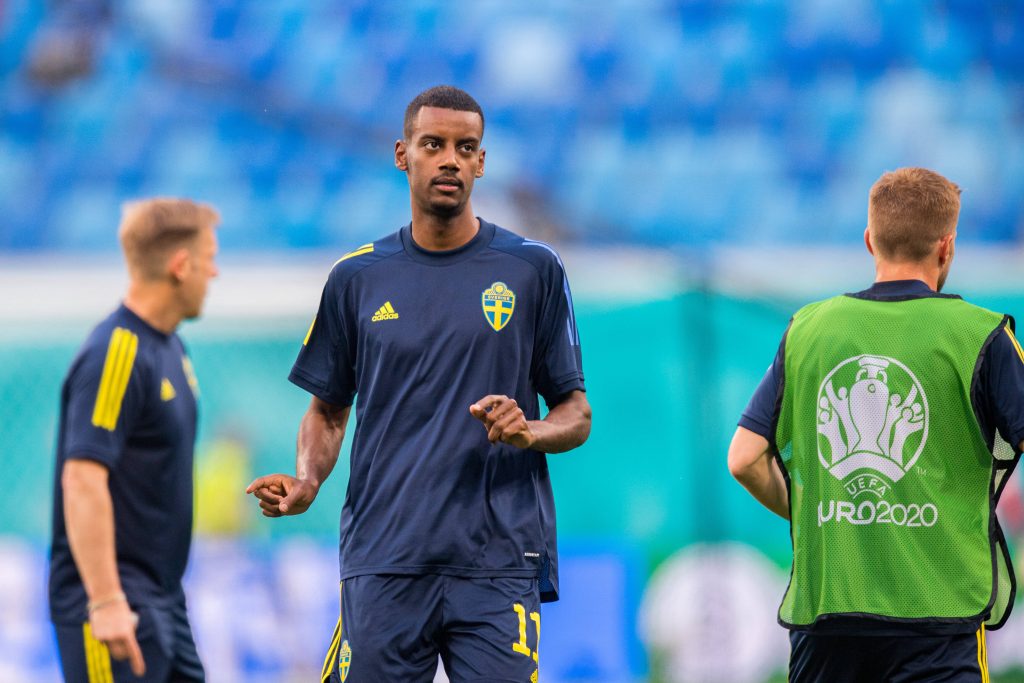 The 21-year-old had a good 2020/21 season with Sociedad, registering 17 goals and two assists from 44 appearances in all competitions.

He is currently playing a leading role for Sweden at Euro 2020, and it appears that Madrid have now registered an interest in his services.

Los Blancos have contacted the player’s representatives after learning that the marksman could be prepared for a new challenge.

Arsenal are also interested in the young striker, who has a buy-out clause worth €70 million on his current contract with Sociedad.

Sociedad are reluctant to sell him for anything less than the release clause this summer. They intend to keep him for another season.

Isak only has an assist at the European Championships, but he has still been Sweden’s standout performer at the tournament.

The youngster has impressed with his sublime dribbling skills while he has also caught the eye with his distribution from deep-lying positions.

He also has the ability to win regular aerial duels in and around the box, and his progress has reportedly caught the eye of Madrid and Arsenal.

Former club Borussia Dortmund have a €30m buy-back clause in their favour, but Sociedad are in talks to remove the option with a compensation payment.

Isak could be considered a long-term replacement for Karim Benzema while he could be handed a similar back-up role with the Gunners.

The futures of Lacazette and Nketiah are uncertain with their contracts expiring in June next year, and Isak is high on the club’s wishlist.

We don’t see Arsenal or Madrid triggering the hefty buy-out clause. They could wait until next summer when Sociedad are prepared to cash in for a lesser fee.