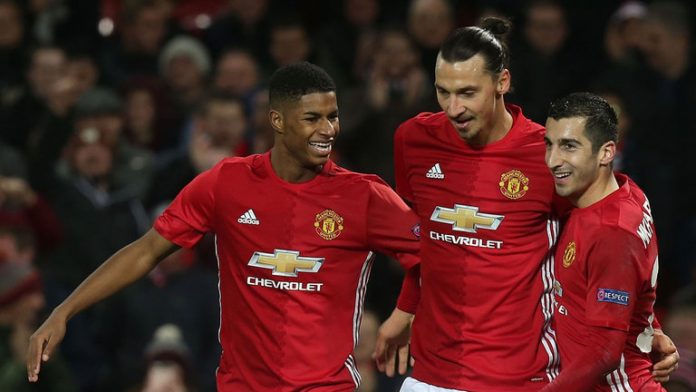 Real Madrid have been tipped to make a summer move for Manchester United star Marcus Rashford.

The La Liga club have enjoyed a poor campaign and they are expected to conduct a major overhaul of their squad at the end of the season.

Reports in Spain have claimed that Real are lining up a bid for the 20-year-old in an effort to reshape their attacking options.

According to Diario Gol, United are willing to pay around £70 million for Bale – a figure significantly short of Real’s valuation.

However, Real’s interest in Rashford opens up the possibility of a player-plus-cash deal and it’s one that Mourinho may fancy sanctioning.

The United boss is a big fan of Bale and his ability to adapt to a number of different roles will undoubtedly appeal to the Portuguese.

Mourinho has been critical of some of his players in recent weeks, with the likes of Luke Shaw, Matteo Darmian, Daley Blind, Chris Smalling, Ander Herrera all facing uncertain futures at Old Trafford.

Zlatan Ibrahimovic and Marouane Fellaini both look likely to leave at the end of the season, while Michael Carrick is due to retire in June and join the club’s coaching staff.

Mourinho has praised Rashford’s willingness to learn, but the temptation to use the England striker as bait to lure Bale back to the Premier League could prove too strong.