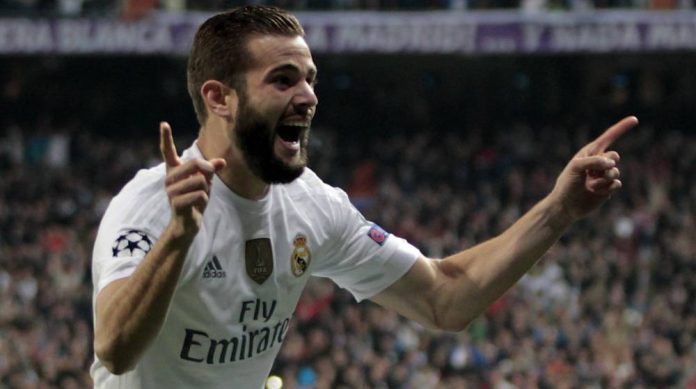 Real Madrid are close to completing a loan move for the 26 year old versatile defender Nacho.

The Spanish defender has fallen out of favour at Santiago Bernabeu and will join the Italian giants Roma on loan for the whole of next season.

The Serie A club have an option to sign Nacho permanently when the loan deal expires, however, Real Madrid have also inserted a buyback clause in the player’s agreement much like that of Morata at Juventus.

With the likes of Varane, Ramos, Pepe at the club, Nacho will rarely make any first team appearances for Los Blancos (unless there is an injury crisis) and the loan move is a great chance for him to kick-start his stagnating career with regular first team football.

Real Madrid will ask for a fee of 11 million Euros if Roma decide to sign him after the end of 2016/17 season and have the option to buy him back for 15 million Euros later.

Roma president James Palotta has more or less confirmed the move with his comments.

He said: “Nacho and Juan Jesús are both experienced defenders who will help us a lot.”

Nacho has been linked with a move to Chelsea earlier this summer.