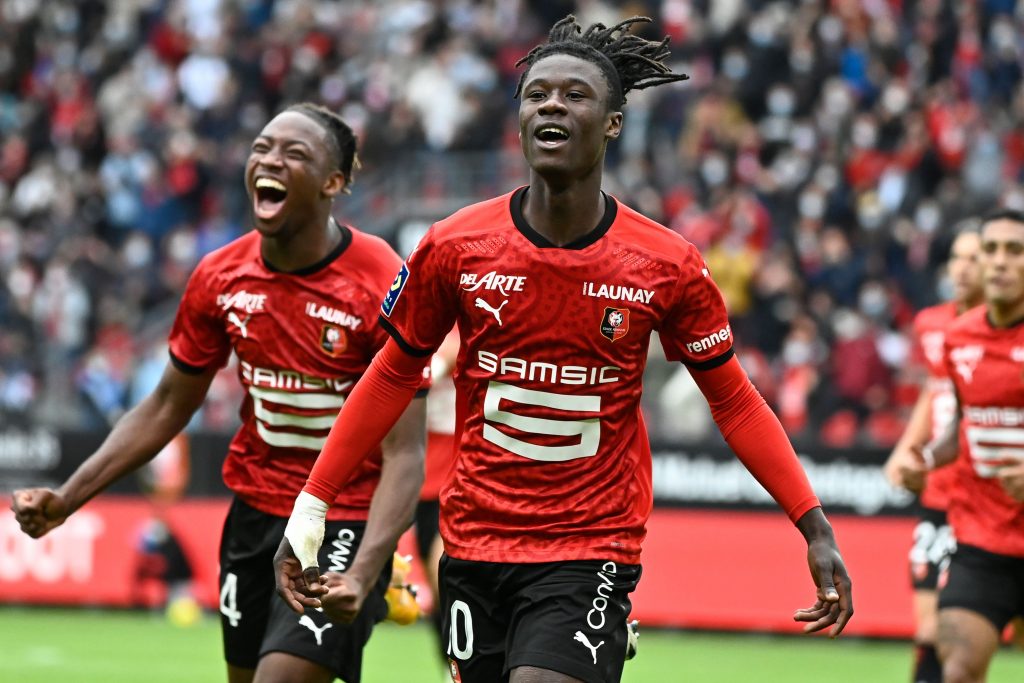 Real Madrid and Bayern Munich are among the clubs in the running to sign Eduardo Camavinga from Rennes this summer, Sport1’s Florian Plettenberg reports.

The Frenchman is regarded as one of the best young central midfielders in Europe and he was on the radar of Los Blancos at the end of last season.

However, a deal never materialised with Rennes making it clear that they would like to keep hold of the teenager for another campaign at least.

It is now revealed that Camavinga’s representatives are speaking with top European sides including Bayern and Madrid holding a strong interest in his services.

Update #Camavinga: Chief scout Neppe has already inquiried about him. However, his mgmt. is not only talking to #FCBayern, all of Europe's top clubs are chasing him, especially #HalaMadrid. Out of the question that he will fulfil his contract until 2022. Price: >€35Mio. @SPORT1

Camavinga largely operated in a defensive midfield role last term, but he has played in a more central position this season.

He has still impressed with an average of three tackles per game and a passing accuracy of nearly 90 percent across all competitions.

The 18-year-old has managed to contribute only one goal and one assist but there is plenty of room for improvement in this aspect at his age.

Luka Modric is likely to sign a new deal with Madrid and Camavinga would be regarded as a long-term replacement for him, should he join the club.

Meanwhile, Casemiro has been an undisputed choice in the holding midfield role and Camavinga may also offer strong competition to the Brazilian.

Camavinga’s current deal at Rennes expires in less than 17 months’ time and they are reportedly looking for more than €35 million this summer.

Los Blancos are long-term admirers of the player and it is no surprise that they are in the mix to land his signature.

They still need to act fast to reach a transfer agreement, considering their European rivals Bayern are quite good at doing their business early.

The Champions League holders may see Camavinga as a potential back-up option behind Leon Goretzka and Joshua Kimmich in their midfield.