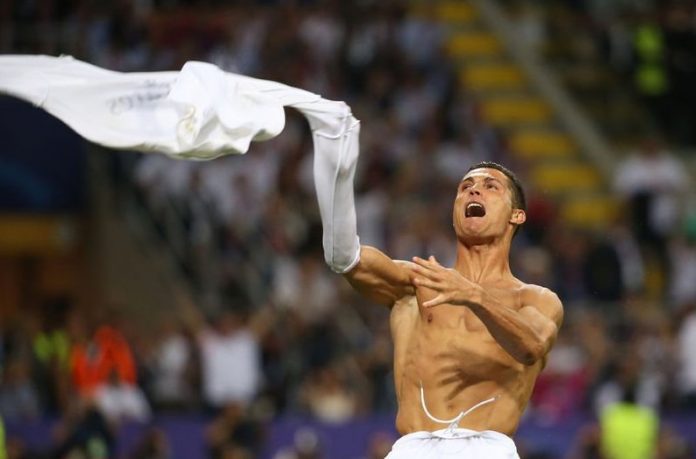 Cristiano Ronaldo scored the decisive penalty in the Champions League final against Atletico Madrid as Real Madrid were crowned champions of Europe for the eleventh time after a dramatic penalty shootout in Milan.

The Portuguese captain, who had a relatively quiet game considering his standards, lashed the fifth and final Real penalty past Jan Oblak, with Atletico defender Juanfran’s miss proving to the difference between the sides in the San Siro after a riveting 120 minutes of football.

The Spanish international hit the post with Atletico’s fourth penalty in the shootout, leaving Ronaldo, who has now won three Champions League trophies in his career, to score the winning spotkick and send Real Madrid fans into ecstasy.

It was cruel on Atletico who find themselves as Champions League runners-up for the third time in their history, still without a European title.

Real Madrid captain Sergio Ramos had given Los Blancos the lead in the first half bundling home a freekick after Gareth Bale’s knock-on after 15 minutes.

It was just reward for Zinedine Zidane’s side who dominated the opening half, but Atletico came racing out of the blocks after the restart with Fernando Torres winning his side a penalty after just 60 seconds, with the crossbar coming to Real’s rescue to deny Atletico’s top scorer Antoine Griezmann.

Diego Simeone’s side did draw level after 78 minutes, substitute Yannick Carrasco scoring from close range after a flowing move from the 2014 runners-up, with the game petering out into extra time in sticky and humid conditions in the Italy.

Both sides had chances to win it in extra-time but it was to be penalties that decided the 2016 Champions League final, with Real, the winners of the final between the two sides in 2014, emerging as champions of Europe for a record eleventh time in the history of the competition.

This was the moment for Cristiano #Ronaldo and #Real Madrid… https://t.co/Zmlw9uZKY9 #UCLfinal (via @btsportfootball) 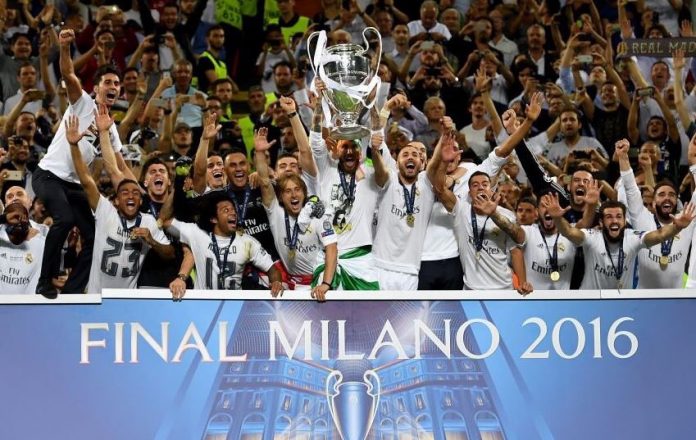