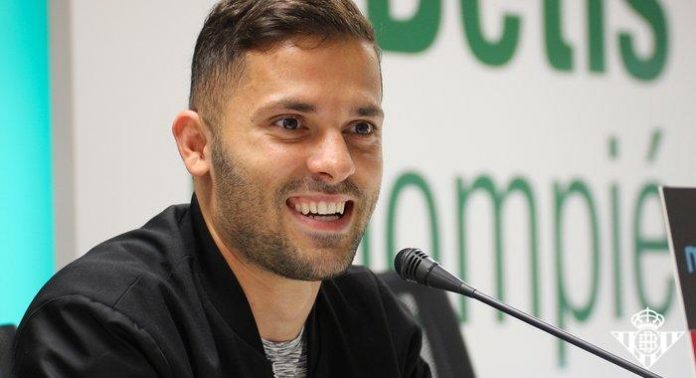 La Liga defender Riza Durmisi has been linked with a move to Premier League giants Liverpool at the end of this season.

The 23-year-old left back joined Real Betis from Brondby in the summer and he has been one of the best left backs in La Liga this season.

It is no secret that Liverpool are in need of a specialist left back and Durmisi would be a shrewd addition to Jurgen Klopp’s side. The German manager has had to field James Milner has his makeshift left back all season and he will want to address that issue before the start of next season.

Durmisi joined Betis for a fee of £1.7m and could leave them for a fee of £17m. The left back has a £17m release clause in his contract and Liverpool will need to trigger it if they want to sign him this summer.

Speaking to the media ahead of Real Betis’ game against Espanyol on Friday evening, Durmisi opened up about Liverpool’s interest in him.

When asked about his potential transfer to Liverpool, he said:

It means I’m playing well, but it isn’t something I’m interested in. What interest me is when the team plays well and wins. That’s what I like. But when Liverpool and other big clubs show interest, of course, it’s good, but the main thing for me is Betis.

Durmisi has made 22 appearances for the La Liga side this season, scoring one goal and picking up three assists in all competitions.