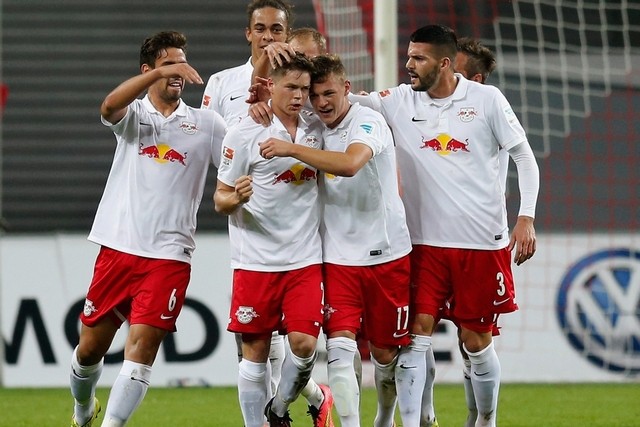 Leicester City’s incredible performance in the Premier League last season caught the eyes of the entire footballing world. Their feat of being crowned league champions just one season after being relegation-threatened and bottom of the league for most of the season is unbelievable. Leicester’s incredible journey opened everyone’s eyes to the fact that anything is possible in football, despite the status of the money-oriented modern game.

This season, something just as incredible has arisen in the world of football, this time in Leipzig, Germany. RB Leipzig are taking the Bundesliga by storm in their first ever season in the top tier of German football. Leipzig are a new club formed just seven years ago in 2009 by Red Bull GmbH. They became the fifth professional football club in the world to be owned by Red Bull. The other four are associated in New York, Salzburg, Brazil and Ghana. Leipzig have received many players from Salzburg who have helped to propel them through the footballing tiers of Germany.

RB Leipzig played their first ever season in the fifth tier of German football, the NOFV-Oberliga Süd. In this season, 2009/10, they won the league and gained promotion to the fourth tier. From there, they soared up the German footballing pyramid. Although Leipzig did take three seasons to gain promotion to the third tier in 2012/13, they gained promotion again to the second tier the following season in 2013/14. Their first season in the 2. Bundesliga saw them finish in fifth place, however they gained promotion yet again in the following season in 2015/16, finishing second in the league. In a miraculous seven completed seasons, RB Leipzig has joined the top tier in Germany, never finishing below fifth in a season.

Leipzig started the current season like they had every other year in their history. They immediately shot to the top of the Bundesliga and were undefeated throughout their first thirteen games of the season; a league record for newly promoted teams. During this incredible run, they beat teams such as Dortmund, Shalke, Leverkusen and Wolfsburg. However, they did eventually get defeated and dragged back down to earth after a crushing 1-0 defeat against Ingolstadt, who were at the bottom of the league at the time and then a 3-0 defeat to Bayern Munich two games later. Bayern saved their blushes and returned to the top of the table for Christmas, where they sit three points above Leipzig.

Leipzig will be putting pressure on Bayern Munich throughout the rest of the season at the top of the Bundesliga, but even if Leipzig do not manage to win the league, it is a miraculous journey that they have gone through to be where they are today. They are already competing with some of the best teams in the world and in the future, but the unsung fairytale team of Leipzig may be a force to be reckon with in the world of football.