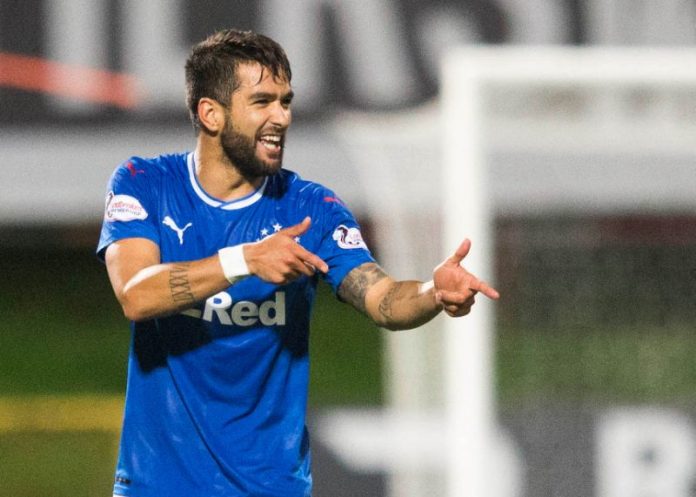 Glasgow Rangers winger Daniel Candeias has become the latest player to have committed his future at the Ibrox club after he signed a two-and-a half year new contract extension on Wednesday.

The 30-year-old was signed by Pedro Caixinha last summer, and he has proved to be an excellent buy for the Gers.

He is one of the major creative forces for Rangers, having scored six goals and further laying off nine for others.

Candeias has taken to Twitter to thank the Gers fans after the club confirmed on Wednesday that the winger has signed a new contract extension.

Thank you for the trust. I am very happy to continue to be part of this huge club for more two and a half years #WATP ?? pic.twitter.com/ZPfXDDFpjQ

With just over one year left on the deal he signed when he joined Rangers, the club decided to reward him with an improved contract for his excellent performance this season that will keep him at the club till 2020.

Graeme Murty will be hoping that he can continue to make an impact for the Light Blues in the coming days and keep playing a major part in rebuilding the club’s fortune.

Hardest working footballer on the park in the SPL. Fact!

Fantastic, you have been sensational !

Yes, I love your CandyAss. Love your ability, and passion. Future blue legend.

When we win #55 next season you will become a world record breaking legend. Great to have your commitment Danny ??????. Scottish cup this season, treble next season #WATP????