Rangers legend urges his old team to stand up to Celtic 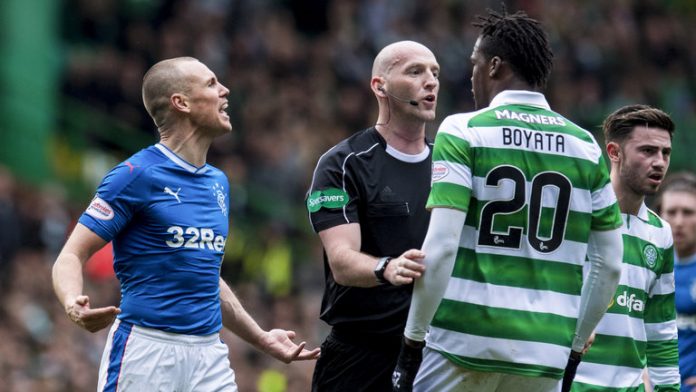 Graeme Souness believes a Rangers victory over Celtic this weekend would be good news for the Scottish Premiership.

The Gers take on Celtic in the first Old Firm derby of the season on Saturday aiming to close the gap on their big rivals to just two points.

Celtic will be hoping to repeat their 5-1 win from their last trip to Ibrox back in April, but Souness says a Rangers victory would benefit the league as a whole.

“The biggest derby I’ve been involved in, without a shadow of a doubt, is Rangers v Celtic, because of what it means to the supporters,” he told Sky Sports.

“If you’re involved in it, you feel the tension in the city, and afterwards the elation if you’ve won.

“They are big games – you can’t play in a bigger game.

“It’s rich coming from me but you’ve got to have a steady head, a thinking head and love it.”

Celtic won last season’s title without losing a game and have started this season in a similar vein, winning five and drawing one of their six matches to date.

Despite Celtic’s recent dominance over their rivals, Souness is hoping his old team produce a strong performance on Saturday.

“I just hope Rangers do themselves justice at the weekend and win it,” he added. “They’ve made improvements this year, signed a lot of new players, showing signs that they’re coming together.

“They need a strong Old Firm up there, simply because Celtic couldn’t sell their best players if there was a strong Rangers.

“Right now they can sell their best players knowing they’ll still swan off to win the league.”

Both sides warmed up for the clash with comfortable victories in the Scottish League Cup.

Rangers triumphed 3-1 at Partick Thistle, while Celtic ran out 4-0 winners at Dundee.