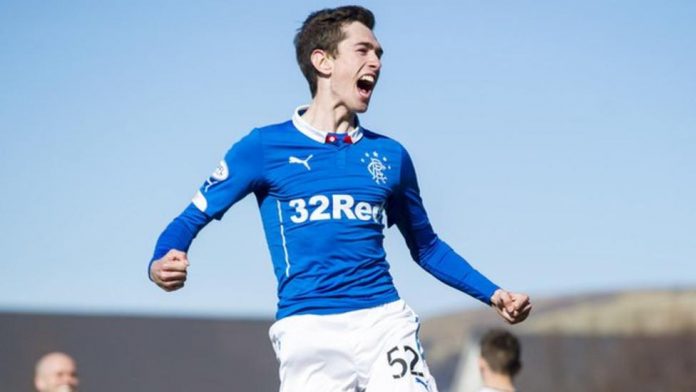 The 21-year-old is a highly rated young striker who made senior debut for the Gers in 2014 after graduating from the club’s youth academy.

He has made 17 senior appearances for the club in all competitions till date, and has spent loan spells at Raith Rovers, St Mirren, and Livingston.

The youngster failed to make an impact under both Pedro Caixinha and Graeme Murty last season. However, his recent form for Livingston is encouraging and it has left many Rangers fans excited.

Hardie scored twice in a 5-0 win against Hearts on Friday, showcasing his vast potential. He has now taken his goal tally to three in four games since he returned from a knee injury.

The youngster will be hoping to score frequently from here on to impressed Steven Gerrard in order to earn a stay at the Ibrox in the summer.

He is out of contract with the Gers at the end of the season, and it remains to be seen whether the club hand him a new deal to continue his career at Glasgow.

How many more goals does Ryan hardie have to score… ?⚪️?

Good to see young Ryan Hardie coming back tonight and getting a couple, you must have seen more of this lad than 90% of the rangers family is there a chance he could become our No9 in your option?

Should we just recall Ryan Hardie? ?

Can anyone tell me why Ryan Hardie is at least not getting a chance in our first team squad, Boys been out injured for months, comes back straight back in the goals, 3 goals in 2 games! Cracking finisher @RangersFC @TheLoudenTavern @sgoode77

Ryan Hardie has got to be worth a recall…. the boy scores wherever he goes

Always thought Ryan Hardie’s a class player mate. Reckon Stevie G is keeping an eye. If your free next week fancy going out for a coffee?