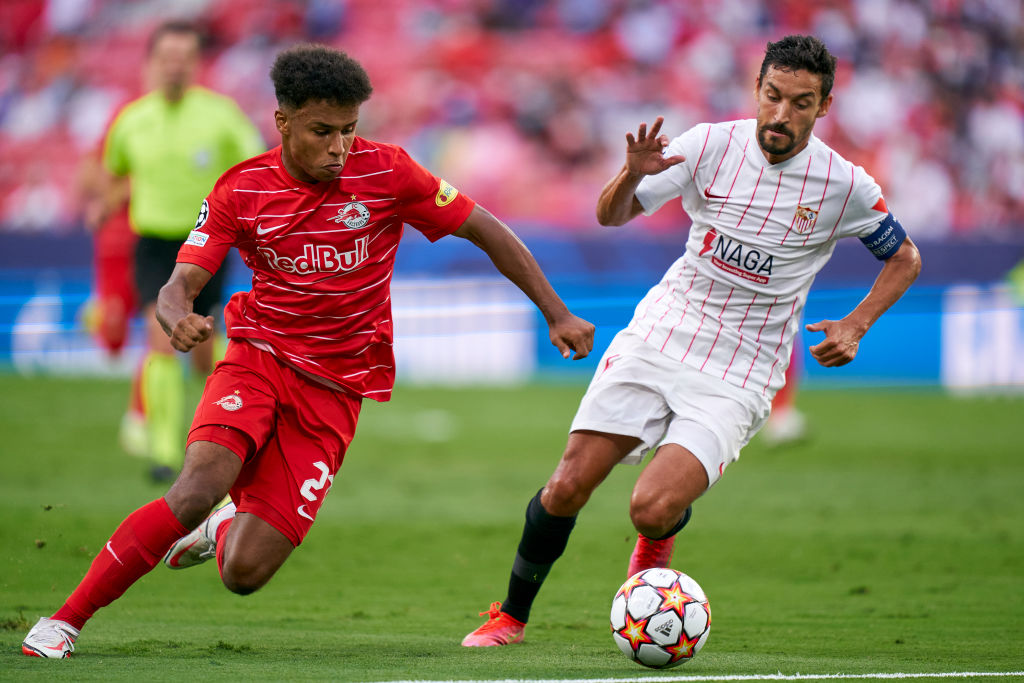 Manchester United have decided to hand Ralf Rangnick the interim manager’s role until the end of the season and the Red Devils will be hoping that the German can reshape the club from top to bottom and leave a lasting impression.

The 63-year-old is not just an impressive manager, he has done an exceptional job in administrative and scouting roles as well throughout his career.

The Premier League giants will be hoping that Rangnick can help them sign some elite talents during his time at the club.
The German is set to takeover a consultancy role after the six-month managerial spell and he could make a big difference for the Red Devils in the transfer market.
Here at Sportslens, we look at three players Rangnick could sign for Manchester United.
Karim Adeyemi
The RB Salzburg forward is one of the most exciting prospects in European football right now and he has been in outstanding form for the Austrian club this season.
With the likes of Cristiano Ronaldo and Edinson Cavani in their twilight years, Manchester United will have to start planning for the future and signing the 19-year-old German would be an exceptional move.
The RB Salzburg forward has all the tools to develop into a world-class footballer. Adeyemi has 15 goals and two assists to his name in 25 appearances across all competitions this season.
Amadou Haidara
Manchester United are in desperate need of reinforcements in the central midfield and Rangnick will have to find an upgrade on the likes of Fred and Scott McTominay.
Haidara was signed by the German from RB Salzburg back in 2019 and he could be a useful addition for the Red Devils.
Rangnick has great connections with the Red Bull group and he might be able to lure the central midfielder to Old Trafford. Haidara is a disciplined central midfielder with excellent pressing abilities and he could be an ideal fit for Rangnick’s style of play.
Josko Gvardiol
The 19-year-old Croatian defender is rated highly in the Bundesliga and he could prove to be a quality long term acquisition for Manchester United.
The Red Devils need to find an upgrade on the likes of Eric Bailly and Victor Lindelof. Gvardiol certainly has the potential to develop into a top-class defender and he could push the likes of Harry Maguire for the starting berth in the coming seasons.
Join our Telegram channel to stay up to date on the latest in marketing