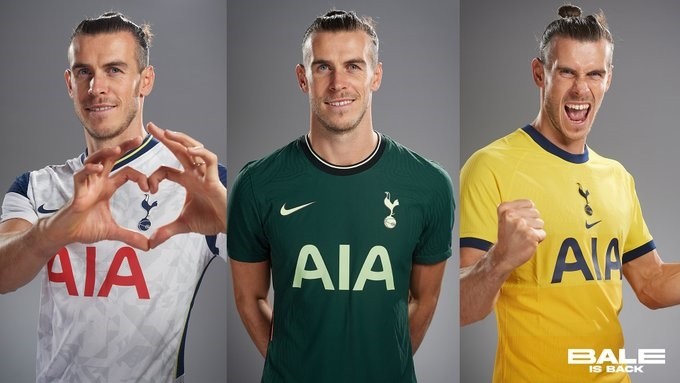 Memories 🙌 Can’t wait to see this amazing player back in action at Spurs! Wish you all the best @GarethBale11 💪 #BaleBack #COYS pic.twitter.com/cuTpCKSLeu

The 31-year-old has signed for the London club on a season-long loan deal from Real Madrid and it will be interesting to see if he can recapture his form and guide Mourinho’s men back into the top four.

Bale is a world-class player and he could improve Spurs immensely. He needs some time to regain his confidence and match fitness first.

The Real Madrid winger needed a fresh start and a return to Spurs could do wonders to his morale and confidence. He is adored by the fans at Tottenham and he is likely to play regularly for Mourinho as well.

The Welshman had fallen out of favour at Real Madrid and he hardly played for the Spanish giants last season.

Bale has been handed the number 9 shirt by Tottenham this season and he will be hoping to score a few goals for the Premier League side in the coming months.

He could form a lethal partnership with Kane and Son this season and it will be interesting to see how Mourinho sets up his attack to accommodate his best players now.