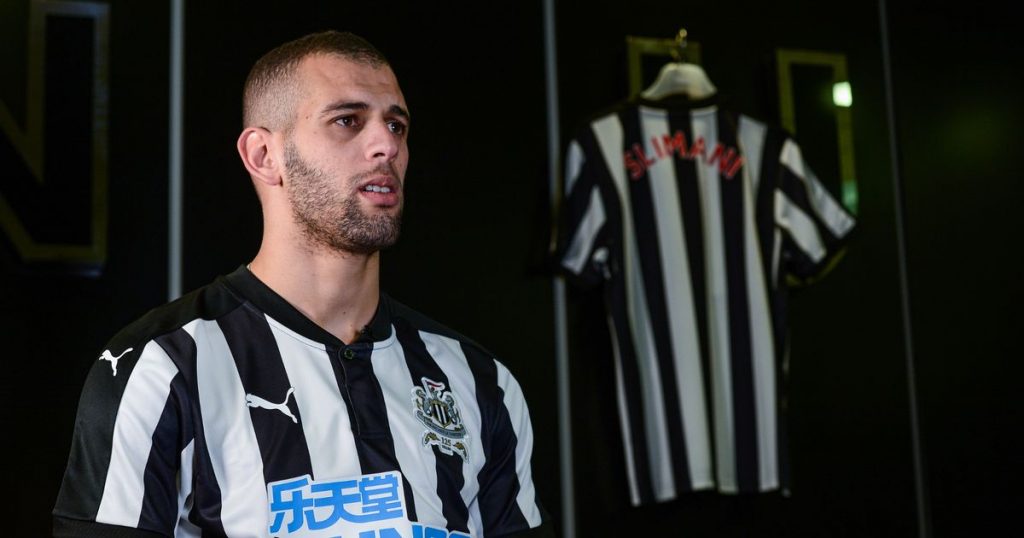 The 29-year-old striker has been out injured since joining the club, and he is yet to make his debut for the Magpies.

The former Sporting striker has suffered a setback in his recovery and it is unclear when he will be fit to play for Newcastle.

Slimani has travelled with the Magpies squad for the warm weather training in Spain, but he didn’t play in Newcastle’s friendly game against Royal Antwerp on Sunday that ended 1-1.

However, the Magpies boss Rafael Benitez has told the Shields Gazette that Slimani is quite positive about playing again this season, and that he is desperate to play.

“He’s quite positive,” said Benitez, as quoted by the Shield Gazette.

“He’s desperate to play. We will see how many minutes, if he can play. If everything is fine, he will be the one with the doctors there who will say he’s OK.”

Interestingly, Slimani has been selected in the Algerian squad for the upcoming friendlies during the international break.

It probably shows that Slimani is on the verge of recovery and Newcastle fans can only hope that the striker doesn’t suffer further injury set-backs whilst on national duty.