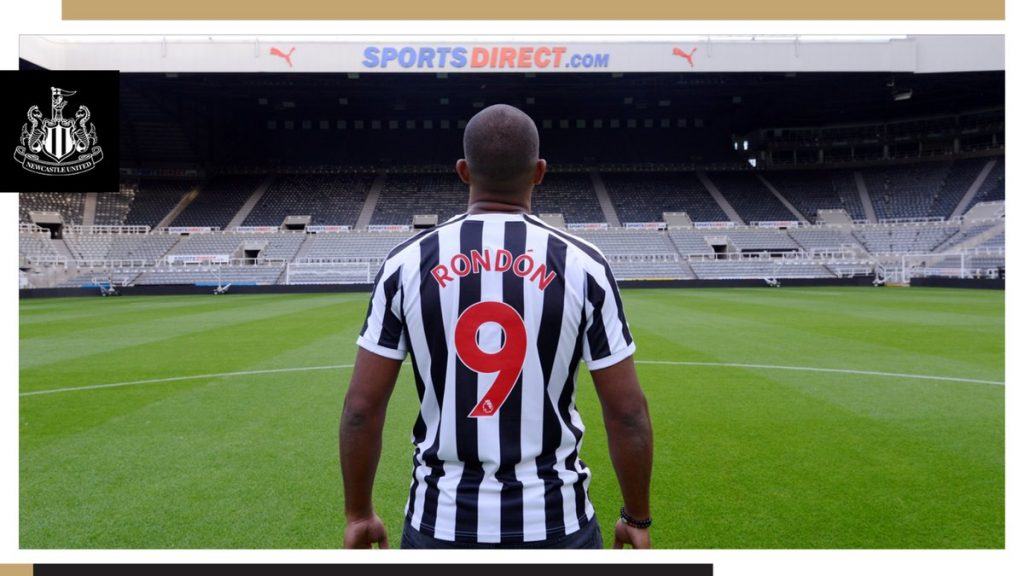 The West Brom forward joined the Magpies on loan this summer and he was expected to solve Newcastle’s goalscoring problems. However, the Venezuelan is still getting to grips with Newcastle’s style of play and the performances have been underwhelming so far.

Rondon has scored just once in four games for Newcastle and although his hold up play has been decent, he is lacking in sharpness in front of the goal.

Benitez has now admitted that the fans will need to be patient with Rondon. The Spaniard claims that Rondon is lacking in match fitness as he arrived with an injury late on in the window. The 28-year-old had a disrupted pre-season and that has affected his form and fitness.

He said: “He is doing well, but he can still improve. He will need match fitness, so we need to play games. He will continue training, and hopefully, we will see the best of him in a few months. I think he is giving us something, but he can still improve. He came after an injury with West Brom and came late. Now, these games are very important for him.”

Newcastle are yet to win this season and the players will be under pressure to turn it around.

Someone like Rondon could have a big impact and the fans will be hoping that he regains his sharpness soon. The striker’s quality is beyond doubt and he has already proven himself at the top level.