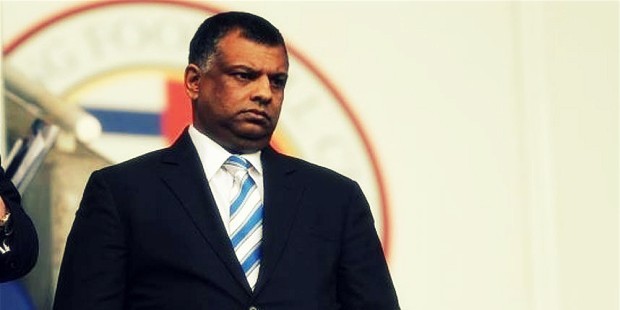 And there they go, Harry Redknapp’s QPR, into the abyss. Like a shrivelled balloon found under the sofa, the Hoops looked a long deflated side on the weekend against Reading, and were unable to show the necessary fight when it truly mattered.

Come to think of it, when was the last time QPR really put on a show of defiance? The lasting legacy of their Premier League season is a dismal one; boasting a team full of internationals and huge wages, there was no spark, no fight, and ultimately, no salvation.

When Redknapp took the reins in November last year, I for one could not see how he could fail to keep the club in the top flight.

They may have been rooted to the bottom of the league, without a win in their first twelve games, but I believed that Redknapp’s pedigree and the squad at his disposal would surely herald a comfortable rise out of the relegation zone, then onwards and upwards. 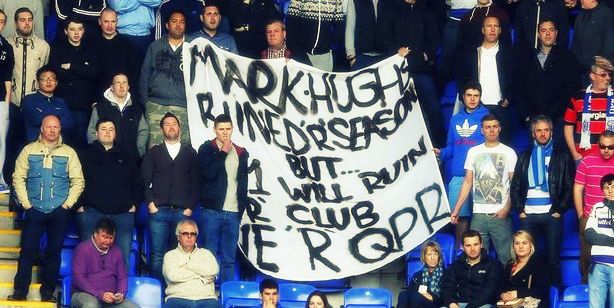 The signs were positive following three draws, and finally a win against Fulham half way through December. And even after they slumped to three consecutive defeats, they managed a dramatically unexpected victory over Chelsea at Stamford Bridge, followed up by a creditable draw at home to Spurs.

The wheels of the proverbial QPR wagon have proved to be stuck on with glue rather than fastened securely, and would fly off every time a head of steam threatened to be achieved.

QPR are not the first side to be relegated when considered to be ‘too good for the drop’, just ask their neighbours, West Ham. But, with a team boasting the likes of Julio Cesar, Ji-Sung Park, Adel Taarabt, and Loic Remy, it is indeed a wonder how they could not claw themselves out of such a mess.

Blame has been thrown around like cake at a tea party for clowns, but no one person can truly be held accountable.

Redknapp has taken the brunt of it, and few would argue against it. The fans’ choice to replace the much maligned Mark Hughes, Redknapp splurged in the January transfer window, attempting to instil his mark on an unbalanced squad. He spent just over £21 million on new recruits, including the previously mentioned striker, Remy, for £8 million, and the giant Chris Samba from Anzhi, for a whopping £12.5 million.

Samba, for one, has not had any sort of impact on the creaking defence. Although known for his commanding presence and leadership at the back, Samba has overseen just one clean sheet since his arrival. Redknapp put much faith in the enormous Congolese, but despite this, QPR’s defence has perennially leaked goals all season.

Samba has oddly owned up to not being ‘ready’ to return to the rigorous English top flight, he told Sky Sports:

“From my personal point of view, I don’t think I was well prepared to come back to the Premier League. It is the hardest league and you need to be fully fit and really ready to compete.”

A strange admission, and one that will not ease the pain of anyone connected to the club, least of all his boss. 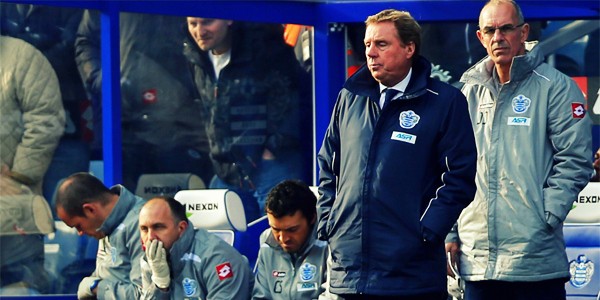 Redknapp certainly feels let down, and he felt bound to comment on the suggestion that some of his players may try and exit the club with their demise sealed. Redknapp told BBC Sport after the relegation-confirming 0-0 draw with Reading at the Madjeski Stadium:

“If the players were that good then we wouldn’t be sitting bottom of the league.

“If some players suddenly think they’re too good for the Championship… I’m not having that.”

The truth is that there will be many members of his squad that will be running for the lifeboats. Remy, a real steal for the club, has been impressive for the Hoops, despite their fate. Scoring almost a goal every other game, he will certainly be snapped up following the club’s exit from the top flight.

But owner Tony Fernandes is committed to ensuring Queens Park Rrangers do not sink without a trace, and wants a swift return to the Premier League.

Planning starts tomorrow. Meeting harry at 11 to discuss squad. Going to be tough but we will come back stronger

Fernandes has been a staunch defender of his managers throughout the grueling campaign. His unwavering confidence in the ability of his club, coupled with the funds he made available for transfers, leaves him the most undeserving of relegation. And he is a man hurting, unlike some members of the squad who, in Fernandes’ eyes, do not share his passion for the club.

“I haven’t said it throughout the season because it wasn’t right to be said, but it hurt me when I saw some of the players who didn’t feel the way I felt.

“And in fact, in their case, it should be worse because this is their job, it’s their life. It wasn’t a good feeling.

“It was probably the low point for me when I saw the reaction of some of the players.”

This feeling of ambivalence in the face of disaster has been a defining factor this season for QPR. Jose Bosingwa arguably typifies this, after being the subject of a series of stinging criticisms concerning his professionalism and passion for the club.

The sight of the Portuguese laughing in the immediate aftermath of the club’s relegation would have brought anger into the already heaving hearts of many of the Hoops faithful. Even Joey Barton, the loaned out midfielder, waded into the debate, attacking Bosingwa and the squad as a whole for not having any sort of passion. 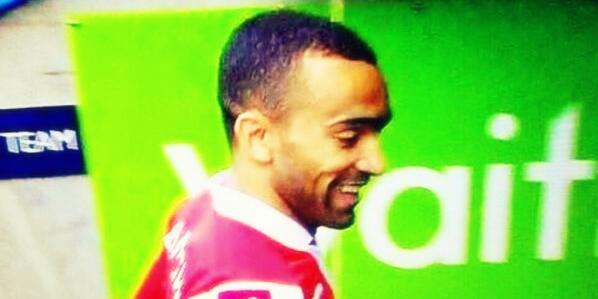 The English Championship is far from a walk in the park, and Redknapp knows this. QPR’s return to the Premier League is far from being a done deal, especially with the uncertainty surrounding the squad.

What is certain is that QPR’s last season in the top flight was painful; painful for the multitude of fans who expected much, much more from such a pool of talent; painful for Redknapp, who has seen his stock fall dramatically, and also holds the lowest win percentage of any QPR boss in the Premier League; and painful for Tony Fernandes, whose beloved club’s fall from grace will be an abrupt reminder of how nothing is set in stone, regardless of how well you attempt to lay the foundations.

One only hopes that the pain of relegation is felt strongest within the squad, as it is ultimately their responsibility to play for their safety. If the rumours are true, and the squad is indeed split between rotten and good eggs, then the most imperative of actions for the club is to amputate those malignant enough to care only about their wage packet.

Relegation is the worst moment possible for any club in any division; it is the time left only for regret, sadness, and ultimately guilt. Much will change at QPR in the coming months, their goals, their personnel, and their dreams; but the bad taste of relegation in such pitiful circumstances will undoubtedly linger on.