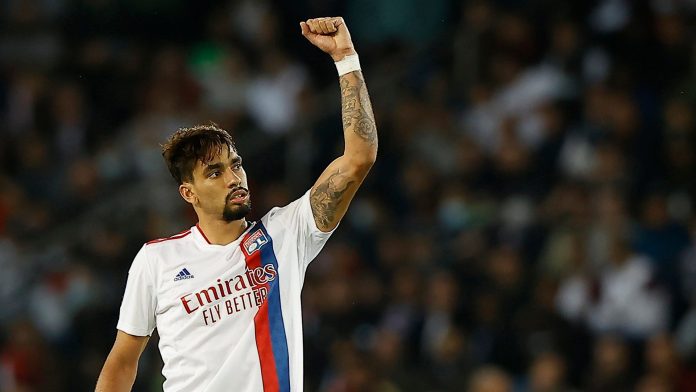 PSG are keen on signing Lucas Paqueta this winter, with the league leaders set to lose Mauro Icardi.

According to information from L’Équipe , the sports director of PSG, Leonardo, is keen on Lucas Paqueta who is currently playing for Olympique Lyonnais.

The Parisian leader, who had worked for the arrival of the midfielder to AC Milan in January 2019 for nearly 40 million euros, is a big fan of his compatriot and his style of play. Reportedly, Leonardo does not hesitate to say so in private and has already discussed it with his bosses, explains the sports daily.

This is also a fixed idea since, in the summer of 2020 already, before the Brazil international arrived at Lyon, Leonardo had tried bringing the 24-year-old to Parc des Princes. The player also knows that the interest of PSG is still genuine, even if no concrete approach has been taken.

The Rhone club, with whom the Brazilian is under contract until June 2025, will not be easy to deal with. L’Equipe explains that Les Gones, who meet PSG on Sunday, will ask for at least 60 million euros for a player they had bought for 20 million euros a year and a half ago.

Leonardo has been told that signing Paqueta will cost him dearly. But, when PSG like a player, they normally don’t see money as a major obstacle.

Messi to be rested

Meanwhile, it appears that PSG will be given some sort of relief from the Argentine national team.

While the coronavirus pandemic is currently wreaking havoc once again, the postponed matches are multiplying and inexorably shifting the national and international calendar. With this in mind, the qualifiers for the 2022 World Cup in South America will resume at the end of January when Argentina will face Chile and Colombia.

Two new dates therefore mean a new long trip for a certain Lionel Messi (34), recently affected by the Covid-19 and struggling to find his best level in the Parisian jersey. But according to the latest information from TyC Sports, Argentina coach Lionel Scaloni could indirectly help Paris Saint-Germain since he would consider getting the job done without the seven-time Ballon d’Or for these two meetings in order to let him rest. A news that the Parisian leaders would welcome, without a doubt.