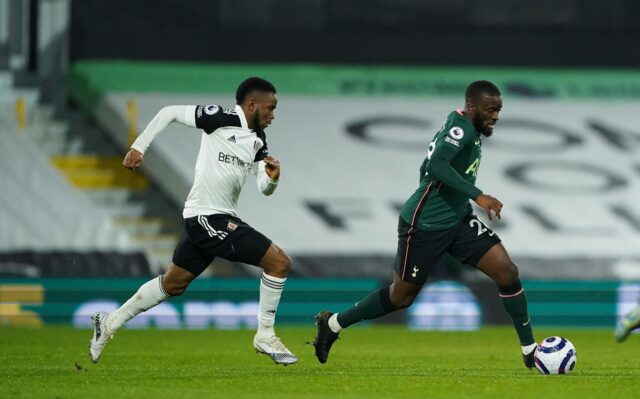 Tottenham Hotspur will take on Croatian club Dinamo Zagreb in the Europa League round of 16 on Thursday.

Spurs are high on confidence and head into this tie on the back of four consecutive wins in all competitions.

Jose Mourinho has already insisted in his pre-match press conference that he will make some changes for this game, before adding that it would still be a strong side.

Giovani Lo Celso has been ruled out of this game. The Argentine is suffering from a small back problem after recovering from his hamstring injury, while Joe Rodon is not registered for the Europa League.

Gareth Bale could be dropped to the bench after the Welshman started in the last three Premier League games. He could be joined by Heung-min Son on the bench.

Mourinho confirmed yesterday that Pierre-Emile Hojbjerg will take “his turn” on the bench on Thursday night.

Tanguy Ndombele, 24, who was rested against Crystal Palace, is likely to return to the side.

In defence, the likes of Serge Aurier, Ben Davies and Eric Dier are expected to feature.

Dele Alli impressed Mourinho in the previous Europa League fixture and is likely to start, along with Erik Lamela.

In other news, check Europa League previews and info about live streams.