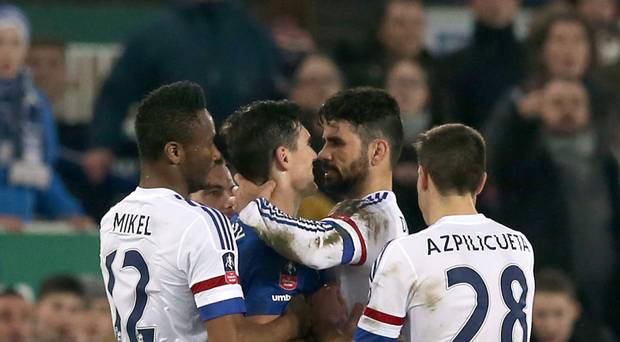 Over the course of history, the World Cup has shined the light on the brightest stars in the game, but it has also brought out the worst in players. With the World Cup 2018 already live and kicking, there have already been quite a few contentious moments to discuss, especially with the introduction of VAR. We take a look at 2 players who could be making headlines for the wrong reasons in Russia:

Hirving Lozano has already written himself into the World Cup history books as he scored the winner in what could possibly be Mexico’s greatest ever victory against Germany in the first game of the group stage. His country will be hoping that he lets his football carries on doing the talking, because he has a penchant for getting into confrontations on the pitch. The PSV striker has a very chequered history in football already as a 22 year old, and has amassed an incredible 8 red cards so far in his career. If he keeps his head down and does what he does best though, Mexico could surprise many at this tournament.

Diego Costa has also made a flying start to the tournament, with 3 goals in 2 games, including an incredible solo effort against Portugal. The Brazilian-born striker is no stranger to controversy though, and always seems to be the centre of attention on the pitch in one way or another. Costa’s long list of incidents include stamping on Emre Can during a League Cup tie, kicking John O’Shea in the Premier League and fighting his own teammate, Oscar, in training! And who can forget the time when he had a bust-up with Chelsea manager, Antonio Conte, about a potential move to China, which ultimately resulted in him returning to Atletico Madrid.