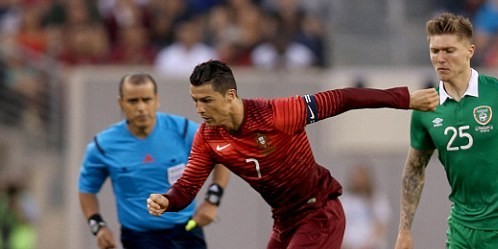 Just a few days ago, the Real Madrid superstar was not expected to take any part in these World Cup warm-up friendlies, but this morning the rumors began to circulate that he would be in the starting line-up against Martin O’Neill’s Ireland. 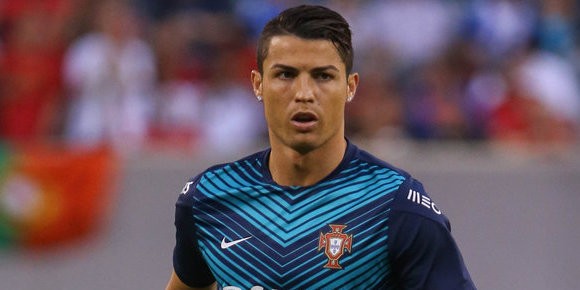 It seemed way too risky to be justified but it came to fruition, and at 8pm local time at the MetLife Stadium in New Jersey, the 29-year-old was on the pitch sporting his #7 shirt and raring to go.

For the first 10 minutes he was clearly easing into it gently, performing at around 70% his usual pace and energy levels. On the 12th minute he was on the deck and Portuguese hearts paused for a minute but he got up and appeared OK. And… breathe. The challenge was a perfectly clean one, Ronaldo was just undone because he was still playing mildly.

The world famous ego didn’t like this relaxed playing style though and within moments he tried to stamp his name on the game when he hit a long range shot but David Forde stopped it easily and the resulting rebound strike was parried excellently by the Ireland keeper.

Soon after Ronaldo’s big chance came when he was very softly awarded a free-kick in his favored range. The strike was exceptionally sweet, beating the wall effortlessly and only being denied by the post as he very narrowly missed the bottom corner.

The Mediterranean side had taken the lead with just 2 minutes on the clock, through an Almeida header that Derby’s Richard Keogh really should have made more difficult. Then on 20 minutes Keogh was again helping out the opposition by deflecting a dangerous cross over his goalie for an own goal. Then they added a 3rd when Almeida pounced on the rebound from a Ronaldo header too hot for Forde to handle.

Ireland gave it their best shot, played some quality football at times, and got a consolation goal early in the 2nd half but ultimately the gulf in class proved too much for them to overcome. 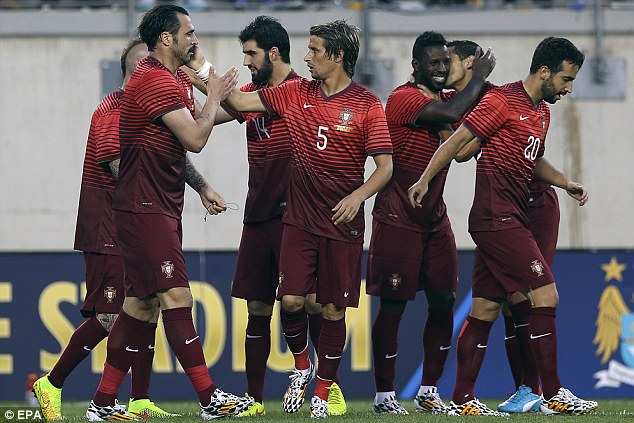 Portugal finished off the Irish with 2 more goals; Vieirinha slotting home the rebound of his free header and a sublime finish by Madrid’s Coentrao, putting the slightest of touches onto Nani’s pass after a mammoth run forward. Nani almost capped it off with a deft touch home after a superb build up but it was ruled offside.

By Ronaldo’s own standards it was a very mediocre performance for one of the world’s hottest properties, but the most important thing for him was to get a run out in preparation of next week’s World Cup opener and not get injured.