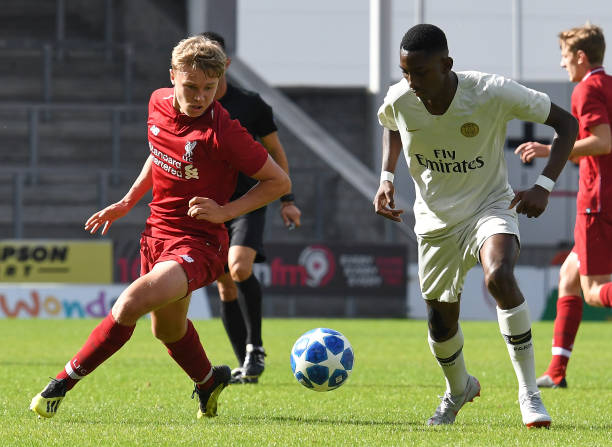 Paris Saint-Germain under-19 captain Raphael Nya has been pictured signing a contract in Wolverhampton Wanderers’ colours having been linked with a three-year deal by Goal.

The right-back and centre-back captained the French champions’ side in the UEFA Youth League last term after signing a trainee contract, but is now a Wolves player as he apparently reckons his path to senior football will be quicker under manager Nuno Espirito Santo.

Former PSG youth manager Thiago Motta rates Nya highly, and he has been tipped for a bright future.

Although the French youngster can also play at left-back, he is expected to develop into a long-term option at right wing-back in Santo’s favoured three-at-the-back system.

Wolves have been quiet in the summer transfer window so far, but snapping up the talented defender under the noses of PSG is without a doubt a massive coup.

While Nya is expected to link up with the under-23’s, he could catch the eyes of the first-team’s coaches should he be given the chance to impress during pre-season, and his promotion to the senior team could be sooner rather than later.