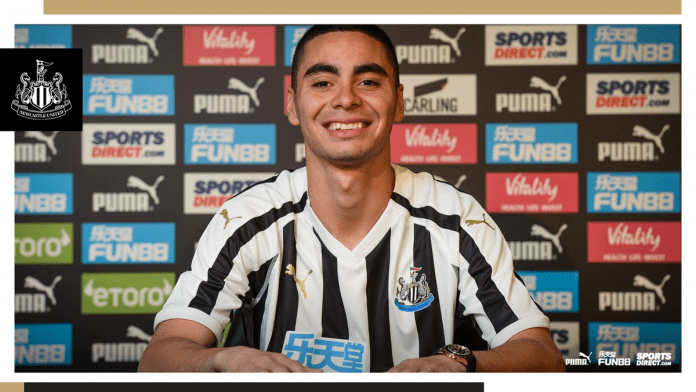 Newcastle United have confirmed the signing of Miguel Almiron from Atlanta United.

The Magpies have finally broken their transfer record by signing 24-year-old Almiron for a fee believed to be in the region of £20million, according to BBC Sport.

The Magpies have been heavily linked with a move for the attacking midfielder, who scored 13 goals and created 13 more during 38 appearances for Atlanta last season.

We are delighted to announce the signing of forward Miguel Almirón from @ATLUTD.

The 24-year-old has penned a five-and-a-half-year deal which will keep him at St. James’ Park until June 2024.

The two clubs struggled to reach an agreement but Newcastle finally made the breakthrough in the deal, and have signed a quality player in Almiron.

He is a fantastic young player, and would add significant quality to the Newcastle side that are aiming to avoid relegation this season.

Newcastle have also confirmed the signing of defender Antonio Barreca who joined the Magpies on loan from Monaco for the rest of the season.

The Magpies have an option to sign him permanently in the summer.