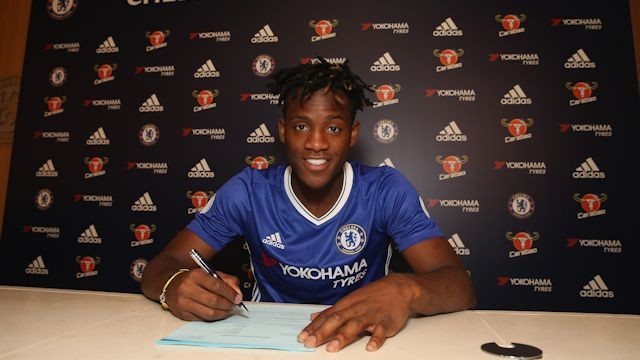 Marseille striker Michy Batshuayi has been presented as a Chelsea player.

The 22 year old Belgian international has signed a five year contract with the London giants.

Chelsea announced the move on their official website earlier today. Although no fee has been mentioned, it is rumoured to be around 33 million pounds.

The player turned down a move to Crystal Palace earlier this summer and completed his Chelsea medical in France after being permitted to leave the national team training camp this week.

Batshuayi is expected to be a back up option for the Spanish international Diego Costa.

The Blues struggled to score goals last season when the former Atletico Madrid striker went through a rough patch and Conte was keen on adding some depth in that position.

Chelsea were linked with the former Juventus striker Alvaro Morata as well. The Spaniard signed for Real Madrid last month. 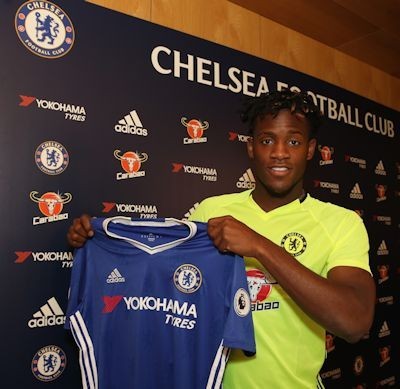 Batshuayi expressed his delight after completing his big money transfer to the Premier League club.

Batshuayi said: “I am delighted to sign for one of the biggest clubs in Europe and embark on the next chapter in my career. I hope I can help Chelsea win many trophies during my time at Stamford Bridge.”

“Eden Hazard and Thibaut Courtois have told me many good things about the club, and with Antonio Conte coming in it’s an exciting time to become a Chelsea player.”

“This is a fantastic opportunity for myself and my family, I am looking forward to playing in the Premier League next season.”

Batshuayi has been on fire for Marseille and the Belgian picked up 23 goals and 10 assists with the Ligue 1 side last season. He will add some much needed flair and pace to Chelsea’s strike-force.

The player will wear the number 23 shirt at Chelsea next season.