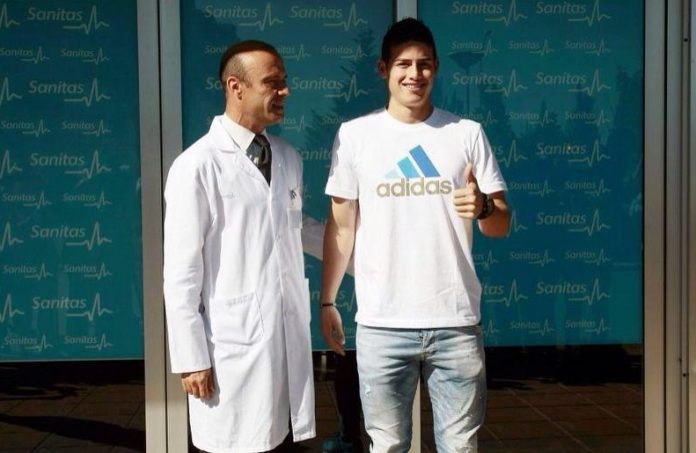 Real Madrid are closing in on signing Manchester United’s rumoured target James Rodriguez as the Colombian World Cup star is believed to be pictured preparing for a medical.

The AS Monaco attacker has been linked with a big money move away from his current employers, with United also reportedly in for his services. A report from the Manchester Evenings News suggested the 23-year-old was a target for the Old Trafford club, while the Champions League winners were keen on signing him.

However, reputed sports journalist Fabrizio Romano has confirmed that Rodriguez is having a medical with Rea before his proposed move to the Spanish capital club.