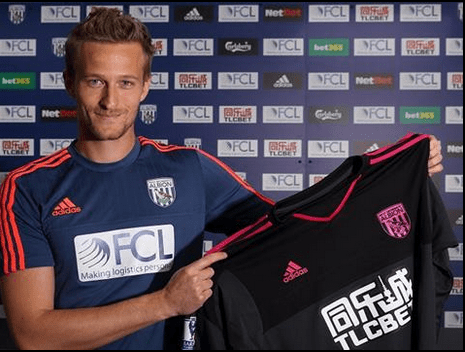 Goalkeeper Anders Lindegaard has completed his move on a free transfer to West Bromwich Albion after 5 years at Old Trafford. The Danish international never really made it as a regular first-teamer at United and joins the Baggies on a 2 year-deal. He was photographed holding his new side’s shirt following the move.

He becomes the second player to make the switch from United to the Hawthorns in as many days, after defender Jonny Evans did so yesterday.

It has, of course, been the other goalkeeper at United – David De Gea, who has been getting all the attention today. The Spaniard, who has been left out of the side in every game this season by Louis van Gaal, is on the verge of completing his move to Real Madrid, with Costa Rican Keylor Navas moving the other way.