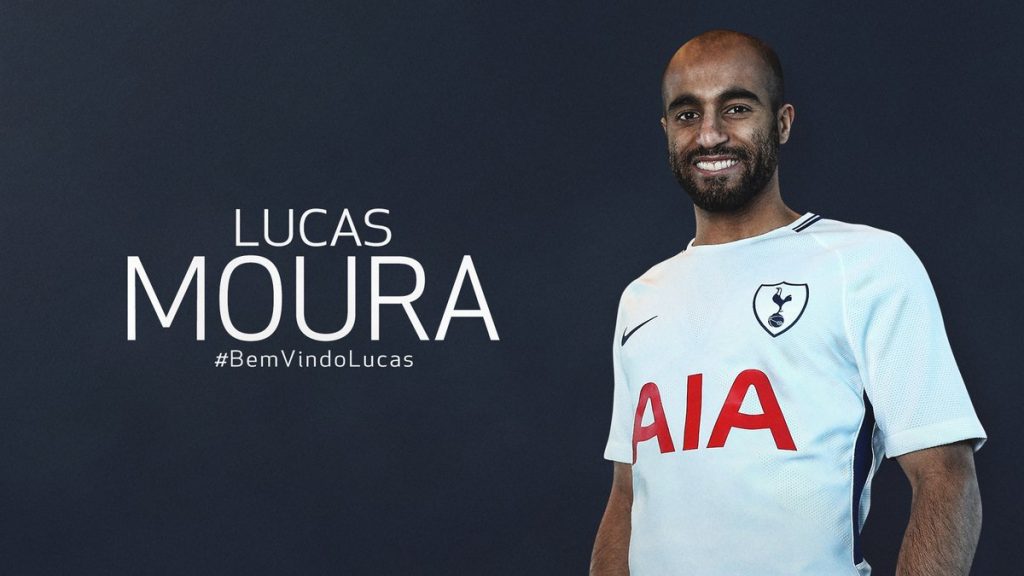 Tottenham have confirmed the signing of Lucas Moura from Paris Saint-Germain.

The 25-year-old winger has signed a contract until 2023 and he is set to wear the number 27 shirt for Spurs.

We are delighted to announce the signing of @LucasMoura7 from Paris Saint-Germain!

✍️ Lucas has signed a contract until 2023 and will wear the number 27 shirt. #BemVindoLucas pic.twitter.com/DG0oWDWf5X

Moura arrived in London yesterday to complete his medical and sort out the personal terms. Pochettino will be delighted to have signed a pacy winger at last.

Spurs have been crying out for some pace and flair. Moura will improve an already brilliant attacking setup at Spurs. He could form a deadly quartet with Kane, Alli and Eriksen.

Tottenham will be looking to finish in the top four this season and the fans will be expecting the South American to make an instant impact. If Moura manages to settle in quickly, he could make a big difference for Pochettino’s side in the remaining games.

Moura is a world-class talent and if Spurs will look to unlock his potential now.

As for the player, he will get to play regular first-team football now. Moura will look to earn his place in Brazil’s World Cup squad.