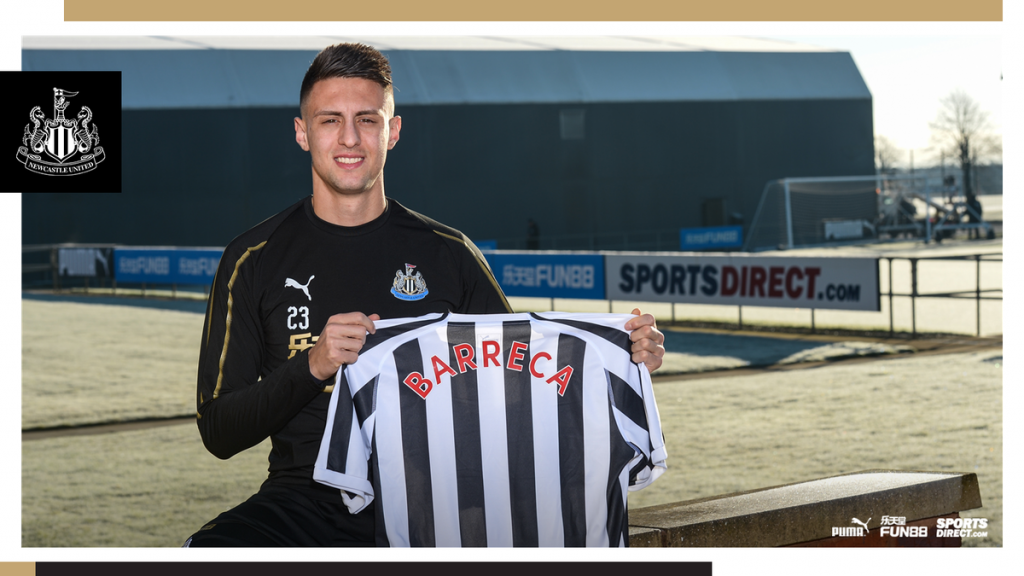 Newcastle United have completed the signing of Antonio Barreca on loan from Monaco.

The Magpies have confirmed the news on their official Twitter account. The young left-back will join Newcastle on loan for the rest of the season.

Newcastle United are pleased to confirm that defender Antonio Barreca has joined the club on loan for the rest of the season, with an option to buy, from @AS_Monaco.

The Magpies reportedly have paid £1m loan fee for his signature, and have an option to buy him permanently for £9m at the end of the season.

The 23-year-old defender joined Monaco from Torino over the summer, but has struggled for regular game time, managing just seven league games.

Newcastle were desperate to sign a left-back, and his addition to the side will add cover for first-choice Paul Dummett.

Barreca is an attacking full-back, who loves to join the attack at every possible opportunity. He likes to hug the byline and is capable of producing fantastic crosses.

He is wear the #23 shirt at Newcastle.