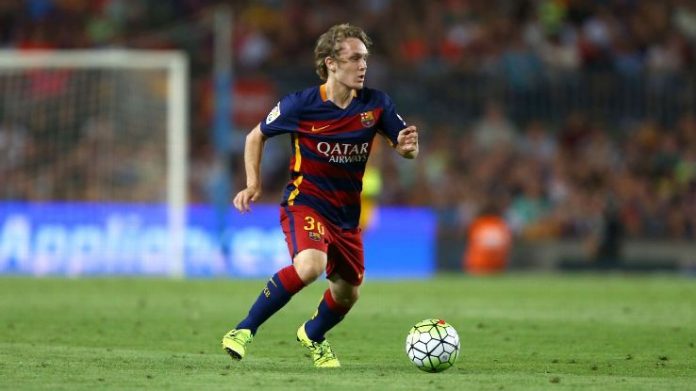 The highly talented winger completed his medical with the German side today morning and will sign a five year contract with them.

According to reports, Barcelona have inserted a buyback clause in the player’s contract which gives them the right to sign him anytime within the next two seasons. They will have to pay 10 million Euros to sign him next summer and 12.5 million Euros the year after.

It is an outstanding piece of business from the Spanish champions. Halilovic’s talent is beyond doubt, but he needs to play more often to fulfill his potential. If he can develop they will have the chance to re-sign him, like they did with Fabregas in the past.

Hamburg will pay a fee of 5 million Euros for the dynamic winger.

At one point, Halilovic was being tipped as a long term replacement for Lionel Messi, due to a similar style of play and stature.

However, the player has not progressed as expected and has spent most of his time at Barcelona playing for the B side or on loan away from the club.

The Croatian impressed with Sporting Gijon last season and has been offered a chance to develop further with regular first team football at Hamburg now.

The player was linked with a move to Manchester United earlier this summer.