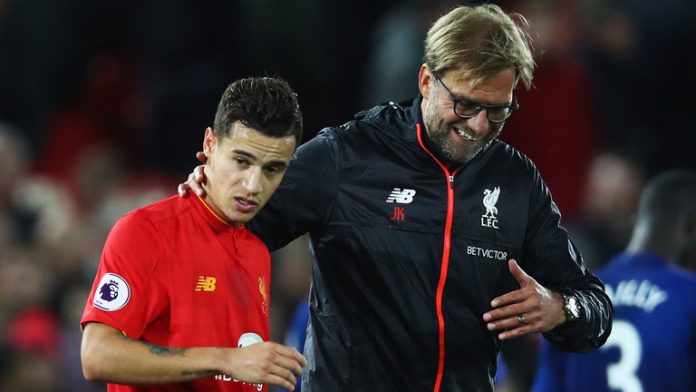 Brazilian midfielder Philippe Coutinho left Liverpool for Barcelona in January 2018 for £142 million after five years at the Premier League club.

He is currently on loan with Bundesliga giants Bayern Munich after falling out of favour at the Camp Nou.

Coutinho is struggling to make an impact in Germany too, and various reports claim Barcelona are ready to let him go for £77 million.

Liverpool have been linked with bringing the 27-year-old back to Anfield, but the player himself appears to have ruled that out, claiming he wouldn’t look back and only wants to look forward.

“Liverpool is flying, and it doesn’t surprise me. We’ve seen it already last year when it won the Champions League, but I’m also not surprised because of their fantastic squad and manager,” he told Sports Illustrated.

“I took another path, and now I am on another journey, much like everyone else. I’m focused entirely–just like them–on reaching my dreams. I’m happy with what I did in the past, and now I can only look forward.”

It remains to be seen if Bayern will make his loan move permanent despite his return of seven goals and eights assists in 27 games.

Coutinho won’t be short of options in the summer, though, and the Premier League trio of Manchester United, Chelsea and Tottenham have also been linked with an interest.

Liverpool have done just fine since the Barcelona man left, and it’s hard to see him force his way back into Jurgen Klopp’s starting XI given the quality of their current midfield.