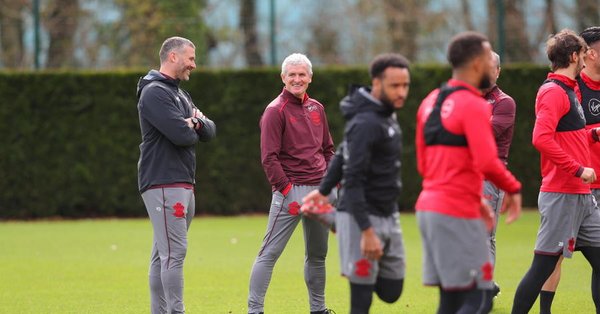 Former Liverpool player turned football pundit Phil Thompson has told Sky Sports that Southampton will be relegated to the Championship at the end of the season.

Thompson found Southampton to be “absolutely dreadful” against Newcastle United last week, and has predicted that the Saints will finish in the bottom three of the 2017/18 Premier League campaign.

He has also predicted West Bromwich Albion (20th) and Huddersfield (15th) to get relegated to the second tier as well.

“They didn’t look threatening, they didn’t look like they could defend, they were all over the place and I think they are six games too late in appointing Mark Hughes to have a real chance of turning this around.”

Southampton find themselves in 17th position, one point and a place above the relegation zone. They have been very poor all season under Mauricio Pellegrino, and now are winless in their last four Premier League games.

However, more than the results, it is the manner of the defeats that has left the fans and the board frustrated, as a result Mark Hughes was appointed in place of Pellegrino earlier this week.

The Saints have been punching above their weights in recent seasons and have established as a decent Premier League side. Therefore, playing in the Championship would be unthinkable for them.

Southampton do not have an easy run of fixtures as they face Arsenal, Chelsea, Everton and Manchester City in their remaining games, so they will have to play really well to avoid the drop.