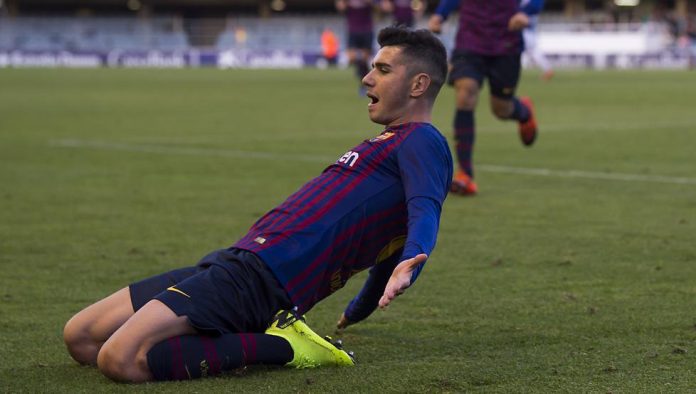 According to the ever-reliable journalist, Phil Hay, Leeds United are close to completing the signing of Rafa Mujica this summer.

The former YEP journalist is the most reliable journalist around concerning Leeds United, and he has delivered some positive update for the Whites fans on Twitter.

Mujica has posted on Twitter that he’s set to leave Barcelona, and Hay claims that Leeds will be his future destination.

Will be signing for Leeds United shortly. Twenty-year-old and Spain U19 international who is coming from Barcelona’s B squad:https://t.co/EKrtrcR3Cy

The 20-year-old striker scored seven goals in 33 appearances last season for Barcelona B. Definitely Leeds scouts must have seen potential in him, and are ready to snap him up.

He looks to be an exciting young talent. His contract will expire on Sunday and he will be joining Leeds on a free transfer.

The youngster probably will join the club’s U23 side, but he has the potential to be a regular starter for Leeds in the future.

Leeds are also looking to seal a loan deal for Jack Harrison, while the Whites are also targetting players like Ben White, Helder Costa and Ryan Kent.

Some Leeds fans have taken to Twitter to express their reaction. Here are some of the selected tweets:

Mujica to my ears that Phil.

U23 signing I read, same as that Kun was last year

Played 33 games in the Spanish 3rd division last season scoring 7 goals. Same age as Malik Wilks. Could be why talk of Wilks going out on loan again. At 20, if considered better than Wilks would hope 1st team squad sooner rather than later. #lufc

Works very hard and a good finisher but incredibly light weight and has tendency to go missing in games. He’ll bulk up and adapt I’m sure though! Likes little neat touches in and around the box